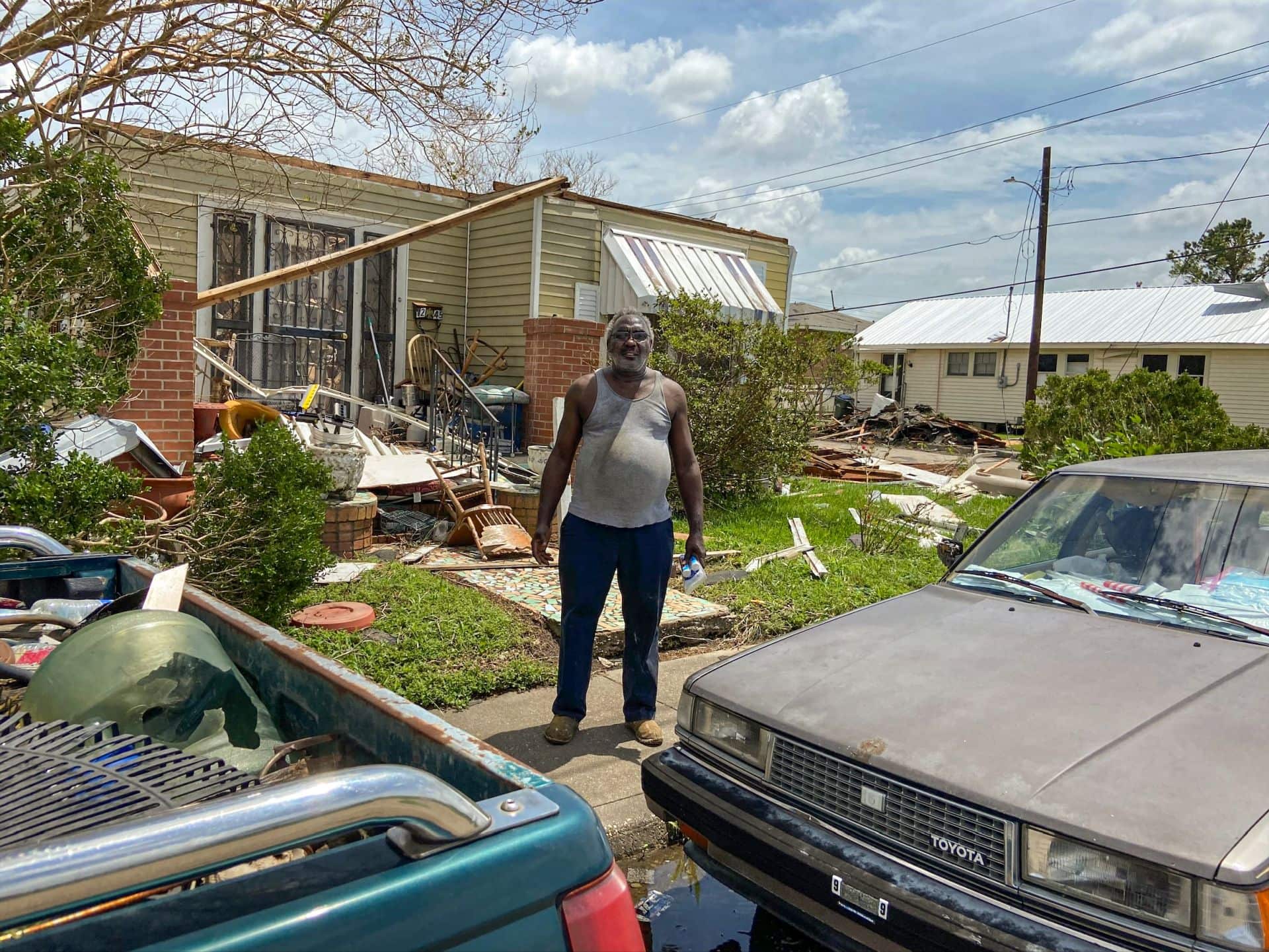 The Power of Hurricane Ida

On the anniversary of Hurricane Katrina, August 29, Hurricane Ida made landfall in southeastern Louisiana with winds of 150 mph as a Category 4 hurricane. Ida formed in the Caribbean on Friday, August 27, and strengthened at a frightening speed. One of the worst storms to strike the area since the 1850s made landfall at 11:55 A.M CT near Port Fourchon, Louisiana. A catastrophic storm surge hit the Louisiana coastline. Rainfall across the most heavily impacted areas in the gulf coast reached up to 20 inches in under a 24-hour period. Heavy rains In Mississippi contributed to a deadly highway collapse. Tornadoes also struck with the storm’s passage. In Louisiana alone, 26 deaths have been attributed to the storm.

Ida maintained a Category 3 level several hours after landfall as it moved closer to New Orleans, before weakening to a tropical storm surge. The entire city of New Orleans lost power as the storm terrorized the city. More than two weeks after the storm, more than 23,000 people are still without power in the state, according to Power Outage U.S., and power is not expected to be fully restored until the end of September. Utilities have been restored to hospitals in New Orleans, though many safety net clinics and regional hospitals remain without power and water. The region has still not recovered from the devastation of Hurricane Laura and other hurricanes in 2020, and the damage from Ida is catastrophic. Ida has reduced entire towns to rubble.

While these communities pride themselves on resilience, having survived numerous storms over the years, many residents our team spoke with said that this was the worst they have ever experienced. Those that chose to ride out the storm shared stories about having to nail down parts of their house as it was falling apart. Mandatory evacuations were posted across southern Louisiana, including residents of New Orleans outside the levee system. In addition, the massive displacement caused issues for health centers and clinics, as many of their staff were forced from their homes and were not able to return under the current conditions

Americares responded to this devastating disaster – a response that began before the storm made landfall.

Sylvester “Sly” Smith Jr., a long-time resident of Houma, Louisiana, stands in front of his damaged home caused by Hurricane Ida. Mr. Smith has witnessed many storms pull through but none as strong as Ida. With no shelters available, he was living out of his car with a 30-day supply of necessary medications for his high blood pressure when aid began to arrive. (Photo/Americares)

Another Extreme Hurricane Season in 2021

The Long Trail of Ida

The remnants of Hurricane Ida also caused significant damage as it tracked into the northeastern states later in the week. New York City recorded a new record for rainfall during the storm, measuring 3.1 inches of water per hour at its peak. Dozens of people perished in the Northeast as a result of the storm, including families trapped in illegal basement apartments, some of the only housing available in the area for low-resource residents.

In advance of the storm, Americares contacted more than 20 partner clinics in Louisiana and Mississippi with offers of assistance. In the storm’s wake, we reached out to over 100 health partners and response organizations across Louisiana, Mississippi, Alabama, New York, Pennsylvania, and Connecticut. We fulfilled initial requests for medicine, bottled water, hygiene kits and emergency funding to allow health clinics to operate via telehealth services or out of temporary facilities. Americares maintains an emergency pharmacy stocked with essential medicines, vaccines and medical supplies that can be delivered quickly in times of crisis. The health-focused relief and development organization also provided flash grants to damaged health centers serving low-income and uninsured residents.

The response focus was three-fold:

Americares has been helping healthcare providers in the most devastated areas restore health services in the aftermath of the storm. The following are some of the organizations that have received support:

Americares has many partners in the Gulf region, many of whom are still recovering from multiple hurricane landfalls in recent years. We have a long history of responding to disasters in these communities and supporting the long recovery from each one.