Americares is a health-focused relief and development organization that saves lives and improves health for people affected by poverty or disaster.

For more than 40 years, we have responded rapidly and effectively to the needs of our local partners and their communities. 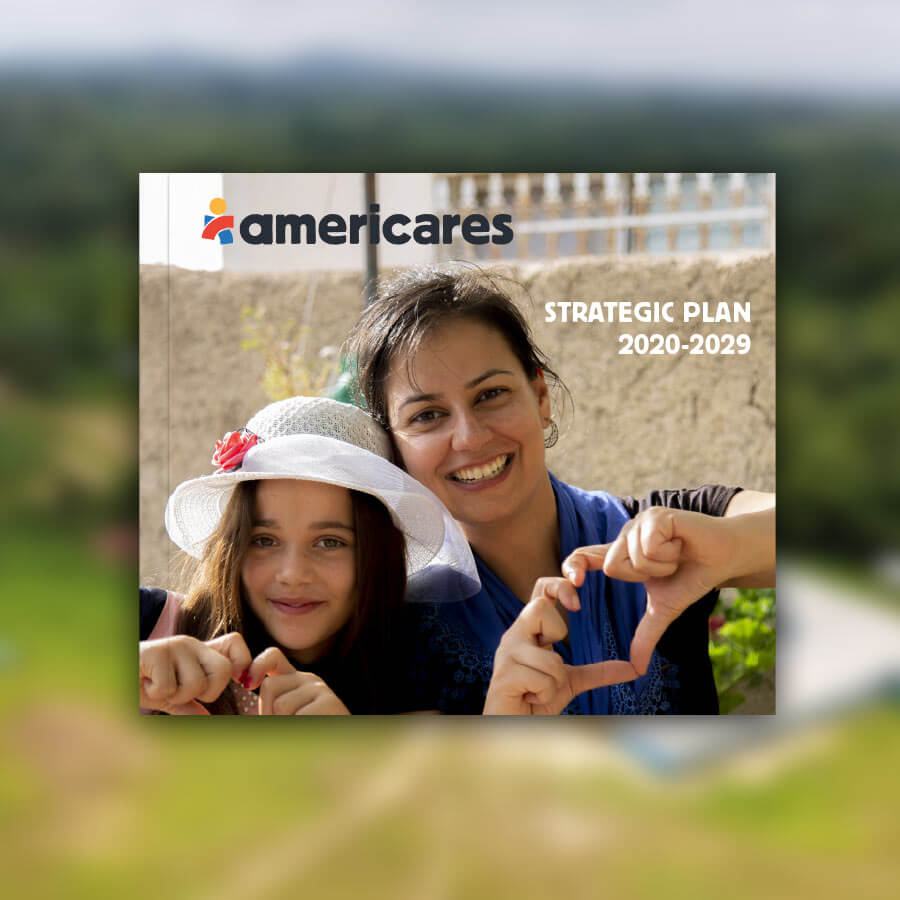 A World of Opportunity

We envision a world in which all people have pathways to health and opportunity.

A deeply collaborative organization, we have built an unrivaled network of local, national and international partners delivering health services, emergency programs and medicine security. We work with our partners to ensure local stakeholders’ input helps shape our programs.

With our partners and donors, we create thoughtful solutions and long-term change for some of the world’s most complex health problems in the U.S. and around the world.

We provide unparalleled leverage for donors’ philanthropic dollars by using donated medicine and supplies and the local infrastructure of our partners.

From our work around the world and across the U.S., we share the many stories of lives saved, health restored and hope renewed.

Because of the commitment of our donors and the dedication of our staff we make a difference in the lives of people who face all kinds of deadly threats.

…On April 4, 1975, a U.S. jet carrying 243 Vietnamese orphans crashed into the jungle outside Tan Son Nhut.

Our history begins with the impossible

A third of the children on the plane burned to death, many of the remaining victims were critically injured. Soon after, the Pentagon announced that it would not have the resources to rescue the children for 10 days.

The world received the news of the crash with dismay, shock and a widespread sense of helplessness. One individual decided to take action. Robert C. Macauley, a paper broker from New Canaan, Conn., immediately chartered a Boeing 747 to rescue the young survivors. Within 48 hours, the children were safe in California.

The rescue plan was a success….

But Bob now had to deal with a few financial issues, a minor detail in his philanthropic mind. Macauley did not have $10,000 in the bank to cover the down payment for the aircraft, nor the $241,000 for the remaining balance. To cover his expenses, Mr. and Mrs. Macauley took out a mortgage on their house. A fair trade, his wife Leila comments, “The bank got the house and Bob got the kids.”

Born of unbounded compassion and sheer audacity, this mission set the stage for many to come. When human lives are at stake, Macauley had no patience for bureaucracy. “You act now,” Macauley advises, “and worry about the red tape later”.

Having learned of Mr. Macauley’s efforts in Vietnam, Pope John Paul II asked him to Rome in 1981. “Poland was under martial law, and the country had virtually no medical supplies,” Macauley recalls. “I’m not even Catholic, but when the Pope asks a favor, you comply.” Macauley and His Holiness agreed upon a goal of $50,000 worth of medical supplies for the people of the Pope’s native Poland. That goal was quickly exceeded when AmeriCares airlifted more than $3.2 million worth of aid to the country.

As someone with a lifelong passion to aid people in need, Bob founded Americares in 1979.

Under his vision and leadership, Americares grew to become the leading nongovernmental organization delivering medicines, medical supplies and humanitarian aid around the world and across the United States.

Bob became an active philanthropist early in his career, starting a charity in the early 1970s, the Shoeshine Foundation, whose mission was to shelter Vietnamese war orphans. He remained active in several other charities when in April, 1975, a U.S. jet evacuating 243 Vietnamese orphans from Saigon crashed shortly after take-off, killing almost half of the children onboard. Upon hearing the Pentagon would take 10 days to rescue the surviving children, Bob was determined to cut through the red tape. He called Pan Am, chartered a jet and brought the survivors back to safety in the U.S., where the plane was met by President Gerald Ford. After his check to Pan Am bounced, he and his wife, Leila, mortgaged their home. “The bank got the house but we saved the kids—a fair trade,” recalled Leila.

The only thing that’s going to save the world is love. Pure and simple. Just love.

In 1981, he was invited for a private audience with Pope John Paul II, who had learned of Macauley’s prodigious fundraising efforts as board chairman of New York City’s Covenant House. His Holiness asked if he could raise funds to buy medicines for the people of Poland, who were then suffering under martial law.

“How could I say ‘no’ to the Pope?” Bob said, and with that, collaborated with two friends to collect $1.5 million worth of medicines donated by various U.S. pharmaceutical companies and medical supply manufacturers. In March, 1982, the first airlift delivering medicines to Poland was launched.

Americares has been delivering and distributing medical assistance to people in need ever since. Bob collaborated with kings, heads of state and Mother Teresa in support of Americares mission to help more people live longer and healthier lives. Bob has received numerous awards for his humanitarian service, including the President’s Volunteer Action Award from Ronald Reagan in 1984 and the Albert Schweitzer Humanitarian Award in 1997. The work of Americares has been commended by Presidents Nixon, Ford, Carter, George H.W. Bush, Clinton and George W. Bush.

New Chapter in Our History

On September 12, 2016, Americares unveiled a new logo and visual identity that’s reflective of its growth and transformation to a global organization and a key player in the global health field. The rebranding came at a time when Americares, best known for its emergency relief work and medical aid deliveries, was expanding its programming to include more health services in under-resourced countries.