Our Work in Country

When the President of Sierra Leone declaring a state of emergency over the largest Ebola outbreak in history, beginning in May 2014 Americares provided emergency shipments of preventive gear and medical supplies to help contain the spread of the deadly disease. The first priority was to protect health workers who were especially vulnerable as the only line of defense against a virus that has no known cure. Previously, in 2012 Americares worked with the Ministry of Health to deliver emergency treatment supplies to combat a cholera epidemic. Following our initial shipments, we worked with our partner to provide training for clinicians and lab technicians on disease treatment and control, sharply reducing the fatality rates.

Sierra Leone, is still recovering slowly from a decade long war that ended in 2002, a conflict that resulted in the death of tens of thousands and the displacement of more than 2 million people. Today, the 5.5 million people of Sierra Leone have an average life expectancy of 56 years. The population suffers from a heavy disease burden and some of the highest maternal and infant mortality rates in the world.  Malaria, respiratory infections, and diarrhea remain leading causes of death and neglected tropical diseases are common. 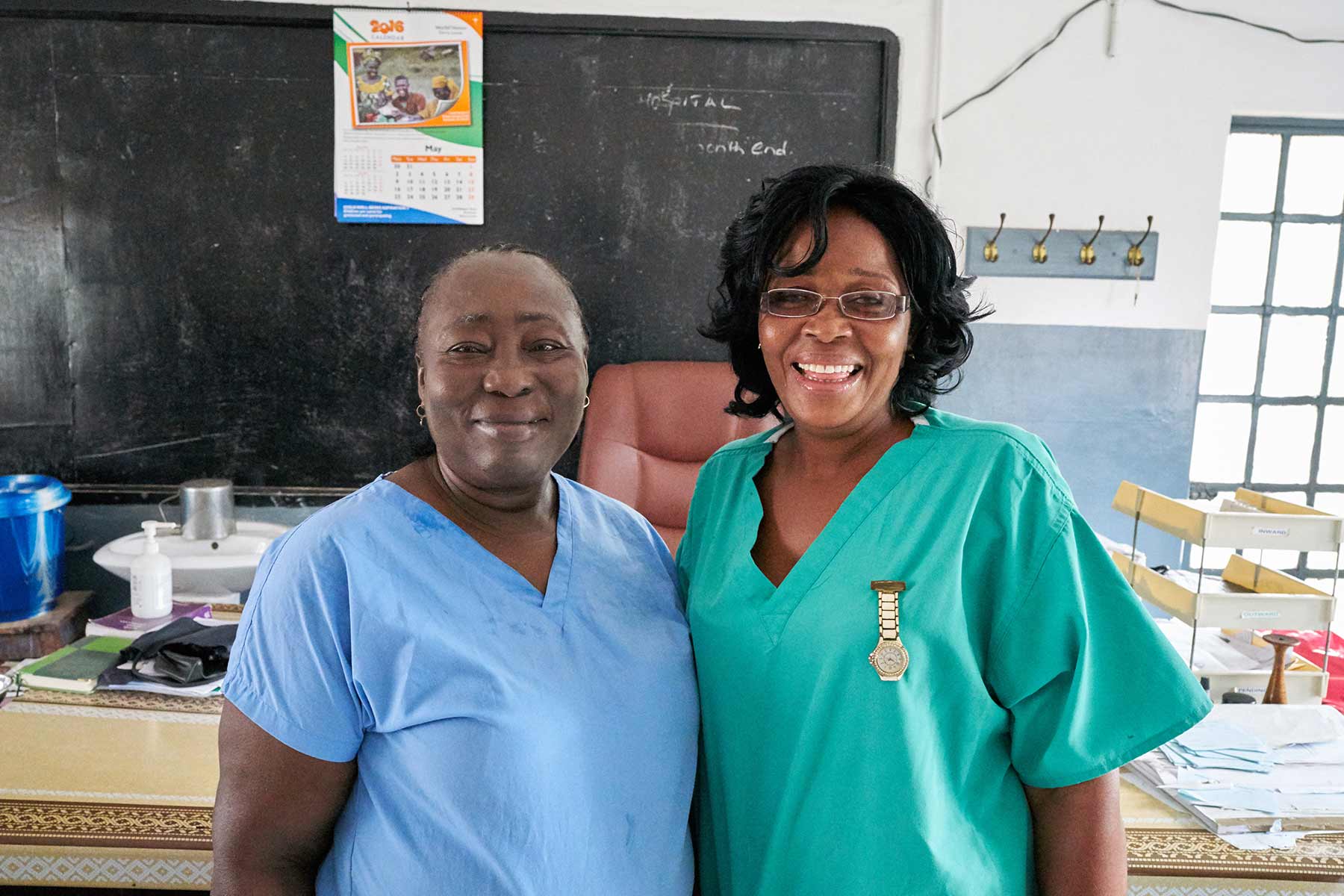 A healthy mother and child – something we all wish for and which quality maternal and child care can achieve. Photo by Nana Kofi Acquah.

Americares has completed 12 months of infection prevention and control training in Bonthe District for all health workers at Bonthe Government Hospital and Mattru Hospital. This health worker and patient safety intervention will contribute to long-term health systems strengthening and prepare the country for future infectious disease outbreaks.

Provide medicine & supplies to save the lives of people in desperate need in West Africa and around the world.