Syria, Yemen, Colombia-Venezuela, Somalia, South Sudan, Burundi, DRC and now Ukraine are among the countries and regions torn by conflict or economic and social turmoil, creating one of the worst global crises of mass migration and refugees since World War II.

War in Ukraine. Families caught in the violence. We are responding. 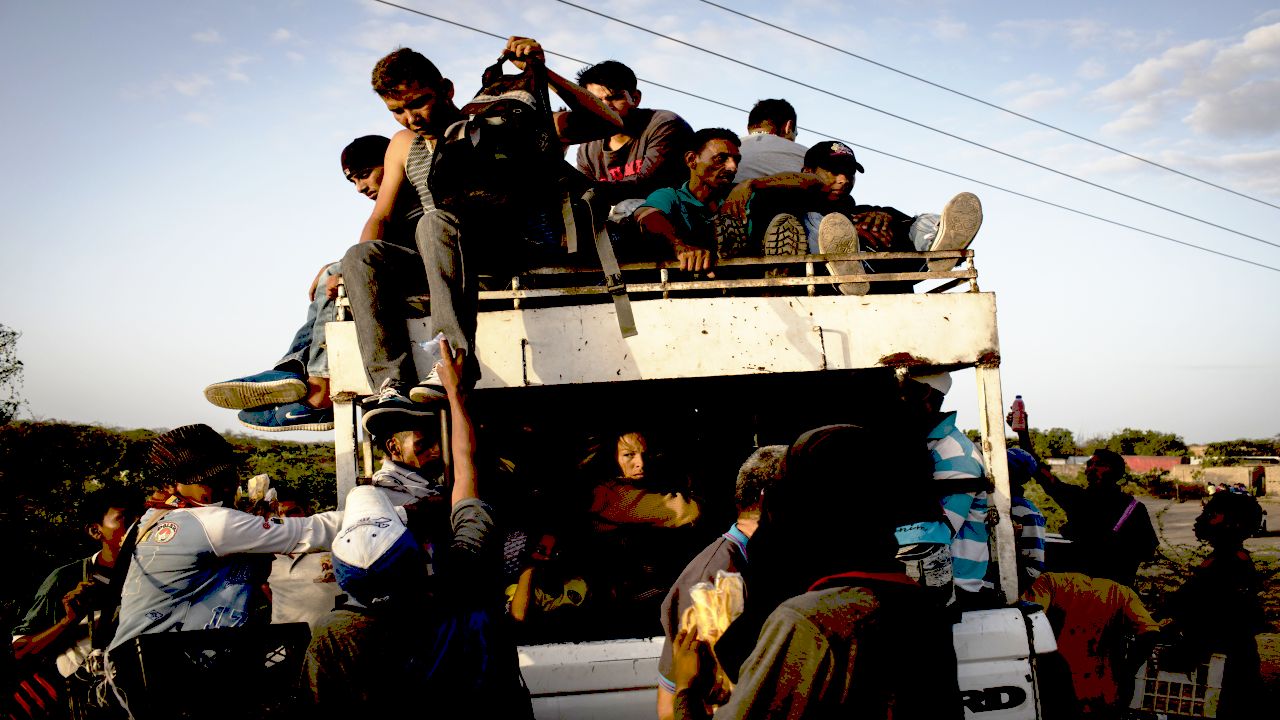 We all know what devastation more than years of vicious conflict has done to Syria, and 4 years of strife in Yemen has unleashed an unprecedented humanitarian disaster of mass starvation and disease. Other countries in the region have also experienced internal turmoil; in the DRC, conflict collided with an outbreak of Ebola that threatens to spread beyond country borders. Along the Colombia border with Venezuela, social and economic instability in Venezuela has created a crisis of families crossing the border to seek health care. And now in Ukraine, an invasion of the country by Russian armed forces is creating a scale of conflict, death and suffering not seen in Europe since World War II. The massive displacement and migration of civilians and the complexity of operating medical relief in insecure environments makes this kind of emergency one of the most difficult to manage. In refugee camps and in the movement of people, the living conditions, especially for children, the elderly and people with health problems creates the environment for the spread of potentially deadly disease and deprives people of even basic health care. Add the malnutrition and mental health problems that are part of the forced displacement of entire communities, and health care becomes one of the first needs and first casualties. Currently the United Nations estimates there are 100 million people around the world who have been forcibly displaced by violence and other disasters.

The human contribution to disaster ranges from war or economic/social crisis to poor land and water management contributing to drought and subsequent collapse of the food supply.

The targeting of health workers and facilities by combatants.

Rapid aid to strengthen health services in the community and adding other support programs such as mental health (e.g. Jordan).

Civilian injuries from violence in insecure environments where health services are limited.

Complex emergencies that come with destruction of infrastructure and dislocation of population lead to outbreaks of cholera, typhoid and other water borne diseases.

Supporting and organizing sanitation and education efforts to limit disease outbreaks while providing medicine and supplies to treat those infected.

With major dislocation of population, the establishment of makeshift camps without services or support.

The trauma from mass displacement of families driven from their homes by conflict.

The targeting of health facilities and workers in war zones makes the crisis more acute.

Emergency programs at Americares represent a continuous cycle of Ready, Respond, Recover and then get Ready again, only better. Each disaster presents a new set of challenges to lay the foundation for a better response the next time around.  It is a dynamic process, ever changing as more extreme weather and unforeseen manmade crises arise – always demanding that we increase our knowledge and capabilities. In that work, we are ever mindful and incredibly grateful for the ongoing support of our donors and the presence of local partners who have the ground sense and skill necessary to meet the challenges and often only lack resources to prepare for them.

Providing health care in an unstable region is dangerous and complex. To do it at all, we rely on our partners and you to stand with us. Donate now.

Years of deadly conflict in Syria have created an enormous humanitarian crisis. Americares has been supporting health care services in the region since 2012, in Syria and in neighboring countries hosting refugees.

On the morning of February 24th, Russian forces launched a multi-pronged invasion on Ukraine. The war has caused widespread destruction and killed thousands of civilians, including many children. Virtually no part of the country remains untouched. Americares is responding.

Americares is providing basic health care near the Colombia-Venezuela border for people caught in the economic and social turmoil in Venezuela.