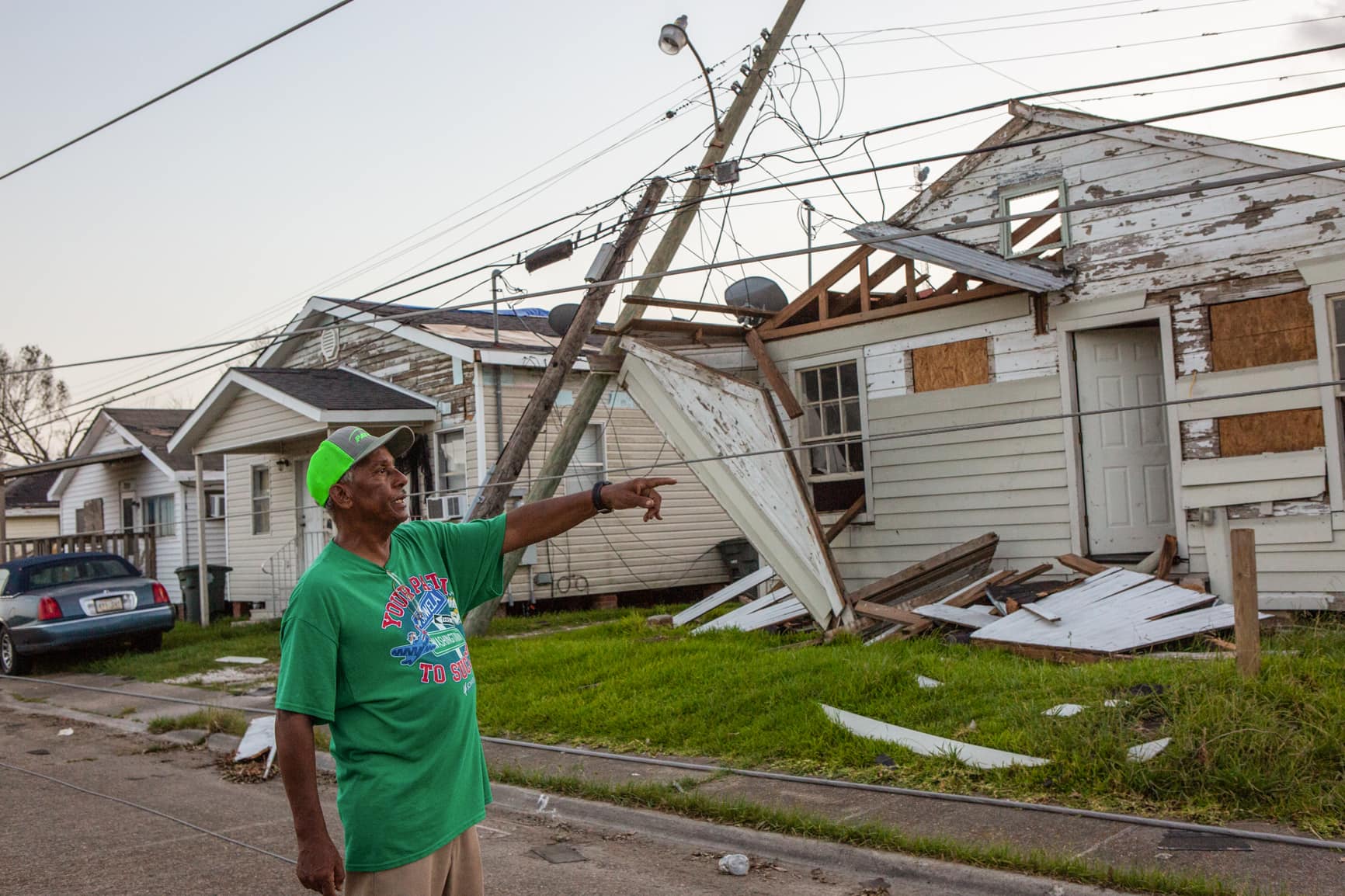 Hurricane Laura made landfall in southwest Louisiana as a Category 4 storm with 150 mph winds, hammering Texas and the Gulf Coast with extreme winds, heavy rains and powerful storm surge.  The Hurricane left widespread destruction across Louisiana in its aftermath—one of the most powerful storms in U.S. history.  The death toll has reached 27 people, several killed by falling trees in Louisiana, others dying from carbon monoxide poisoning from generators used indoors and some dying from the extreme heat that followed. The high winds devastated the city of Lake Charles and other Louisiana communities, adding new levels of suffering to poor and vulnerable communities of color on top of the COVID pandemic. Before making landfall on the Gulf Coast, Laura had cut a deadly path over the Dominican Republic after leaving 2 to 6 inches of rain in southern parts of Puerto Rico. At  least 13 people died in the Dominican Republic and Haiti.

While the speed of the storm’s passage diminished the expected storm surge, Laura tore apart homes and businesses and knocked out power in Texas and Louisiana.  Widespread power and network outages left more than 400,000 people in Louisiana without power. With more than 150 transmission towers damaged, it will take weeks, if not months, to restore power to hardest hit communities. Alongside power outages, more than 100 water systems went down across the state, with 119 water systems under boil orders. The impact of power and water outages emerged as the priority concern as the heat index exceeded 100°F for the week following the storm. As of mid=September there were still over 73,000 customers without power in southwest Louisiana and over 12,000 residents in shelters across Louisiana and Texas.

Our Emergency Team responded as the storm came ashore.  Offers of aid went out to at least 80 partners in the region and multiple shipments of water were underway immediately.

Photo/Pu Ying Huang – Michael H. Captain Sr. points to the damage created by Hurricane Laura on his street in north Lake Charles, Louisiana on Sept. 2, 2020. Captain rode out the storm with his dog while many of his neighbors evacuated.

Partners in Louisiana and Texas are beginning to communicate their needs. In Louisiana, partners report catastrophic damage to infrastructure, and partners in both Louisiana and Texas report the evacuation of clients and patients that require 24-hour care, stressed and fatigued staff and health care personnel and growing concerns around a potential spike in COVID-19 cases and MHPSS-related issues. Americares has received requests for product support and funding to ensure access to critical health services.

The heat and water shortages will likely drive shelter numbers up further in the coming days, which raises concerns around a potential spike in COVID-19 cases. Overall concerns about the Pandemic has hampered relief efforts. The full extent of Laura’s impact on the health system continues to unfold, but it has significantly affected hospitals and nursing homes.  Louisiana communities face a long recovery from the storm’s devastation. 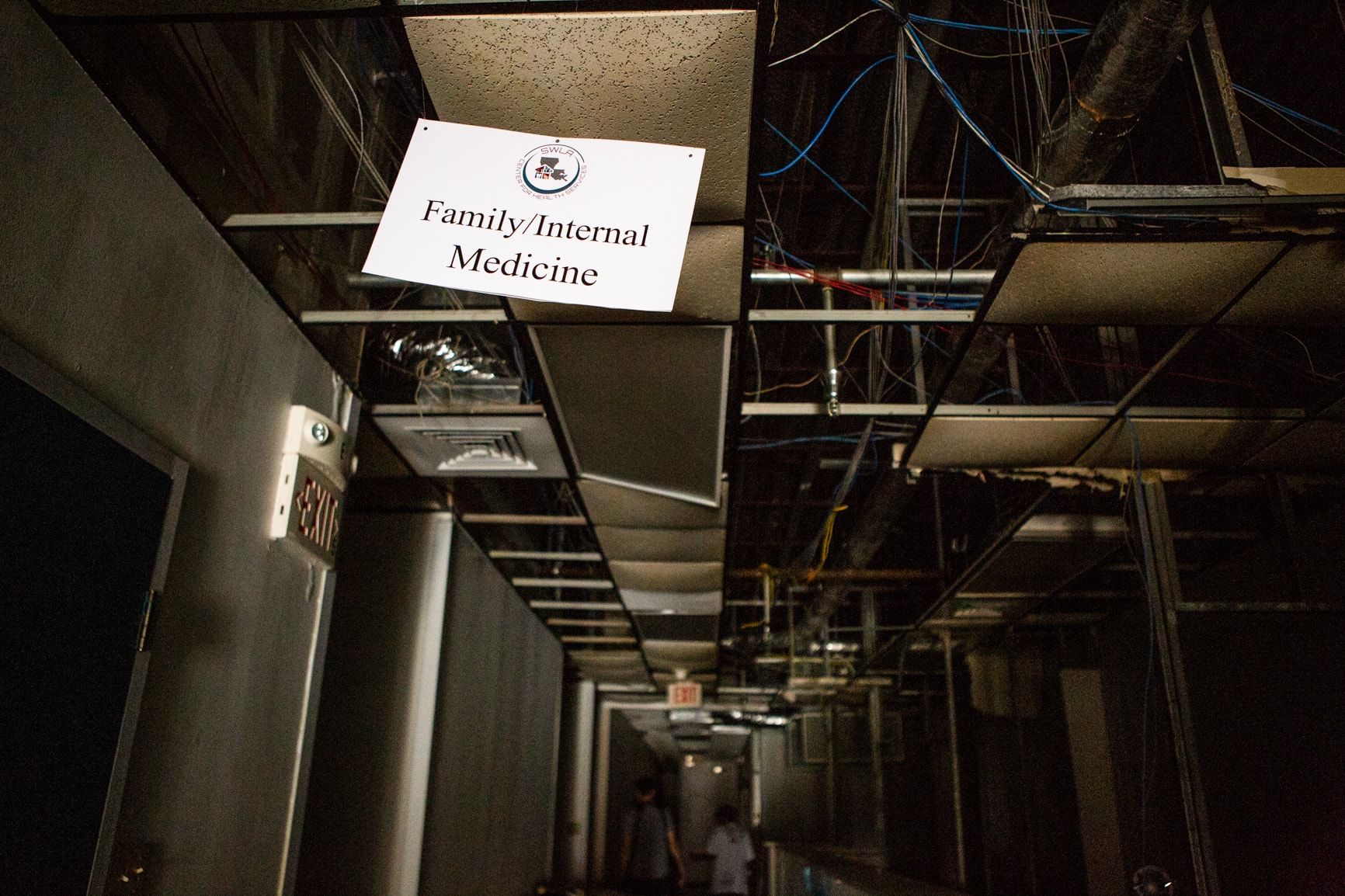 The team is offering support to our partners in three categories:

1. Relief supplies (medicines, hygiene and medical supplies, including PPE) – Four shipments of medicines and relief supplies (2 tons) have shipped out to LA and TX and more are being prepared. The supplies will help residents of Beaumont, Orange and Port Arthur recovering from the hurricane.

3. Training and technical assistance (including in mental health and psychosocial support and infection prevention and control/COVID-19 management)

Our Emergency Team responded as the storm came ashore.  Offers of aid went out to at least 80 partners in the region and multiple shipments of water were underway immediately.

Finally, as the response unfolds, Americares continues to focus on its mental health and psychosocial support for health workers programs. We have supported over 8,000 health workers and emergency responders with this unique program over the years, following Hurricanes Harvey, Irma and Maria and during the COVID-19 pandemic. The program recognizes the intense pressures and anxieties that providing care for those suffering from disaster and poverty has on our care providers. To help them remain resilient and effective, we teach strategies for self-care and good mental health.

The landfall of Hurricane Laura came as the anniversary of Hurricane Katrina occurred on August 29 – a storm that brought historic destruction and death to the region in 2005.  In 2017, 3 deadly storms hit the U.S. (Harvey, Irma and Maria) in rapid succession causing enormous damage.  Americares mounted large scale responses in each case.  We are ready for the next storm and the ones that are sure to follow. You should be, too.  Get Ready Now.