This Ebola Survivor Amazed Her Doctors

To survive Ebola, a tiny 18-month-old patient needed the one thing that health experts advise against: human contact.

When the little girl arrived at the Ebola treatment unit in Sinje, Liberia, she was semiconscious. The medical staff worried that the baby would not thrive in the sterile environment where every health worker wears layers of gloves and masks to prevent infection.

“She needed a motherly touch,” says the ETU’s medical coordinator Dr. David Wasambla. Luckily, a recently recovered Ebola survivor was visiting the ETU.  The staff, knowing that survivors are thought to have immunity to Ebola, asked if she would volunteer to enter the ETU without protective gear and care for the little girl. “The survivor held the baby on her chest, skin to skin,” says Dr. Wasambla.

Isatu, the baby’s mother, had fallen ill the previous week. Isatu had already lost her mother to the virus and still wasn’t certain she should even seek help. People in her community said, “Don’t go, they’ll give you bad medicine.” But Isatu’s father told her, “Go—if you die, you die. If you live, you live.” Isatu took her father’s advice and went for treatment. 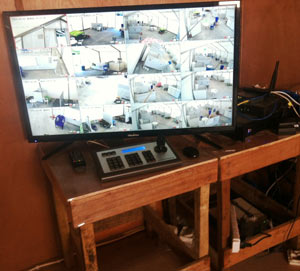 While she was battling Ebola in an Ebola treatment unit in Monrovia, Isatu’s little daughter began to show symptoms. A family member took the toddler to an ETU outside of Monrovia, in Sinje. All of the medicine and supplies at the Sinje ETU, including the critical fluids that the baby received intravenously, are provided by AmeriCares; the treatment unit is managed by the International Organization for Migration.

After arrival at the ETU, the baby remained unconscious for four days. It is rare that children this young survive Ebola.  Doctors and medical staff, limited by the time they could be in full protective gear, watched the tiny patient on security cameras. “We were never sure if she was breathing or not, so we would zoom in on her stomach to see if it was rising and falling,” says Dr. Wasambla. “It was really stressful. People were praying and shedding tears.” With Isatu at a different ETU, the staff worried that the baby was missing the faces and physical touch of people, and when the Ebola survivor stepped in to offer personal care, they were greatly relieved.

Finally, Isatu became stable enough to be brought by ambulance to join her daughter. Both began to recover. When the tiny patient rejected traditional baby food, Isatu told them, “Just feed her rice!” Sure enough, the baby dug into bowls of rice, her favorite food.

Isatu, the first to fall ill, was the first to test negative for the virus. When her daughter was also free of infection, the staff cheered the victory.  “Having an 18-month-old survivor is really rare,” says Dr. Wasambla. “It is an amazing thing. We feel we’ve done something good.” 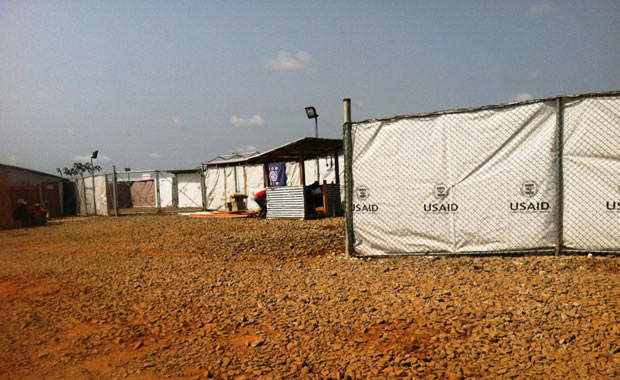 The outside of Sinje Ebola Treatment Unit