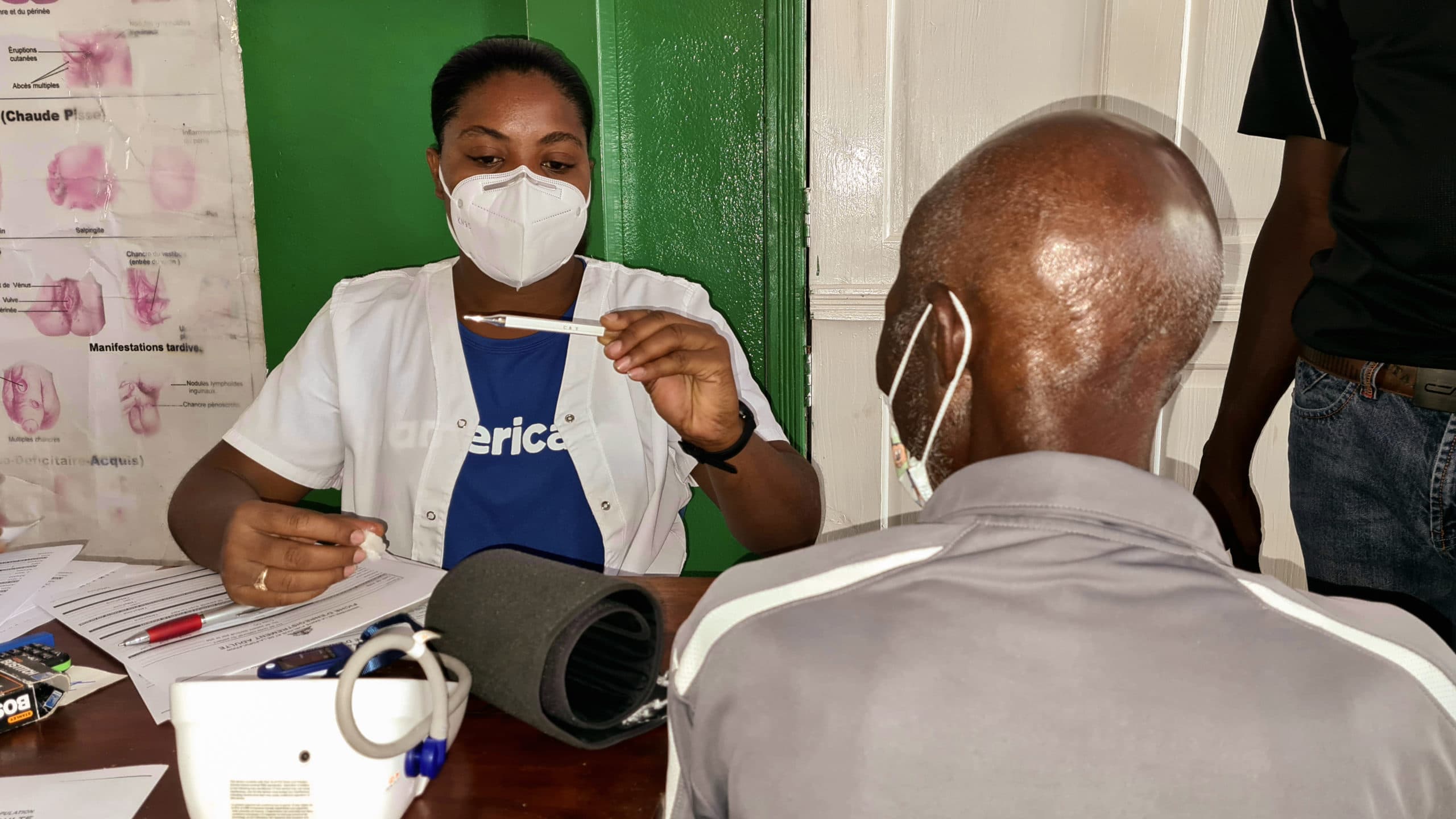 A 7.2 magnitude earthquake struck western Haiti, the department of Nippes – approximately 100 km west of Port-au-Prince, at 8:29 a.m. on August 14. Multiple aftershocks followed. The strength of this quake exceeded the one that destroyed much of Port-au-Prince in 2010. Nearly 2,200 deaths have been reported with thousands more injured, missing or buried in the rubble. Thousands of buildings have been destroyed and hospitals are overwhelmed with a total of 36 health facilities damaged, 4 completely destroyed and 12 suffering severe damage. Overall, some 2.2 million people have been affected by the earthquake. At least two urban centers suffered devastating destruction – Les Cayes and Jeremie – with communications, roads and other infrastructure shut down, delaying more details of damage assessment. Some rural communities remained cut off from communications and aid for many days.

The torrential rains from Tropical Depression Grace along with the unstable security situation and political upheaval complicate the response to the latest tragedy to strike a beleaguered nation that has survived previous earthquakes, a cholera epidemic and major hurricanes just in the past decade. A state of emergency was declared, and the U.S., international agencies along with several Latin American and Caribbean countries pledged and delivered aid.

Americares relief workers on the ground have assisted in the response. Shipments of critical supplies continued as we worked with local partners to assess needs and provide support for a heavily impacted health system. Americares operated five medical teams that worked to reinforce the Haitian health system. The teams of doctors and nurses worked at health centers to keep up with patient demand and provided mobile services in affected communities to expand access to health services. Americares has provided more than 17,700 consultations. Americares teams saw and treated earthquake-related wounds that had become infected, as well as skin infections, respiratory infections and minor exacerbations of chronic conditions. The teams were made up of Haitian national members of our Global Roster of over 600 health and response professionals.

Photo/Jemps Civil – A member of an Americares mobile medical team checking a patient after the Haiti earthquake.

“The reason why I am here is because the earthquake destroyed my house. I don’t have anywhere to go. All those kids are my grandchildren. We didn’t even get a tarpaulin. It was raining and the children got soaked. Some of them have already been sick with fever and everything.”

“Unlike the first days, where we found many cases of fractures and hemorrhages, currently the majority of patients who are admitted to the hospital are patients who come with infected wounds. We need a lot of materials to make bandages and materials for the operating room. And then there are a lot of cases starting to come up that are orthopedic cases, [so] we need a lot of orthopedic materials to operate on these people.”

Working with longstanding partners in Haiti, Americares delivered 14 shipments of medicine and supplies valued at more than $11 million by Dec. 30, 2021.  Americares initially sent 6 emergency shipments to 3 partners in Haiti valued at over $6.7 million and totaling just under 60 tons. The first shipment carried 9 tons of intravenous fluids to earthquake-damaged Les Cayes. The second shipment quickly followed with 9 tons of medicine, medical supplies, surgical and wound care products, PPE and hygiene products. Read Dr. Waly’s blog on the earthquake and response.

On the day after the quake, Americares relief workers in Haiti rushed to deliver first aid supplies to a rural health center in the affected area ahead of Tropical Depression Grace’s landfall. The emergency team also deployed additional staff to support the relief efforts.

“Roads are damaged, or impassable, and health workers urgently need medicine, PPE and equipment such as portable X-ray machines. About 80 percent of the health facilities Americares supports in Haiti are in the impact zone. We are working to get them the supplies they desperately need.”

“My house is destroyed. It is raining, I am getting soaked along with my child. I have nowhere to go. Today is Thursday — if it wasn’t for the earthquake, I would be going to the market to make 50 gourdes to feed my child. Today, the earthquake puts me here. I have absolutely nothing. If I had money today, I could cook something for my child.” 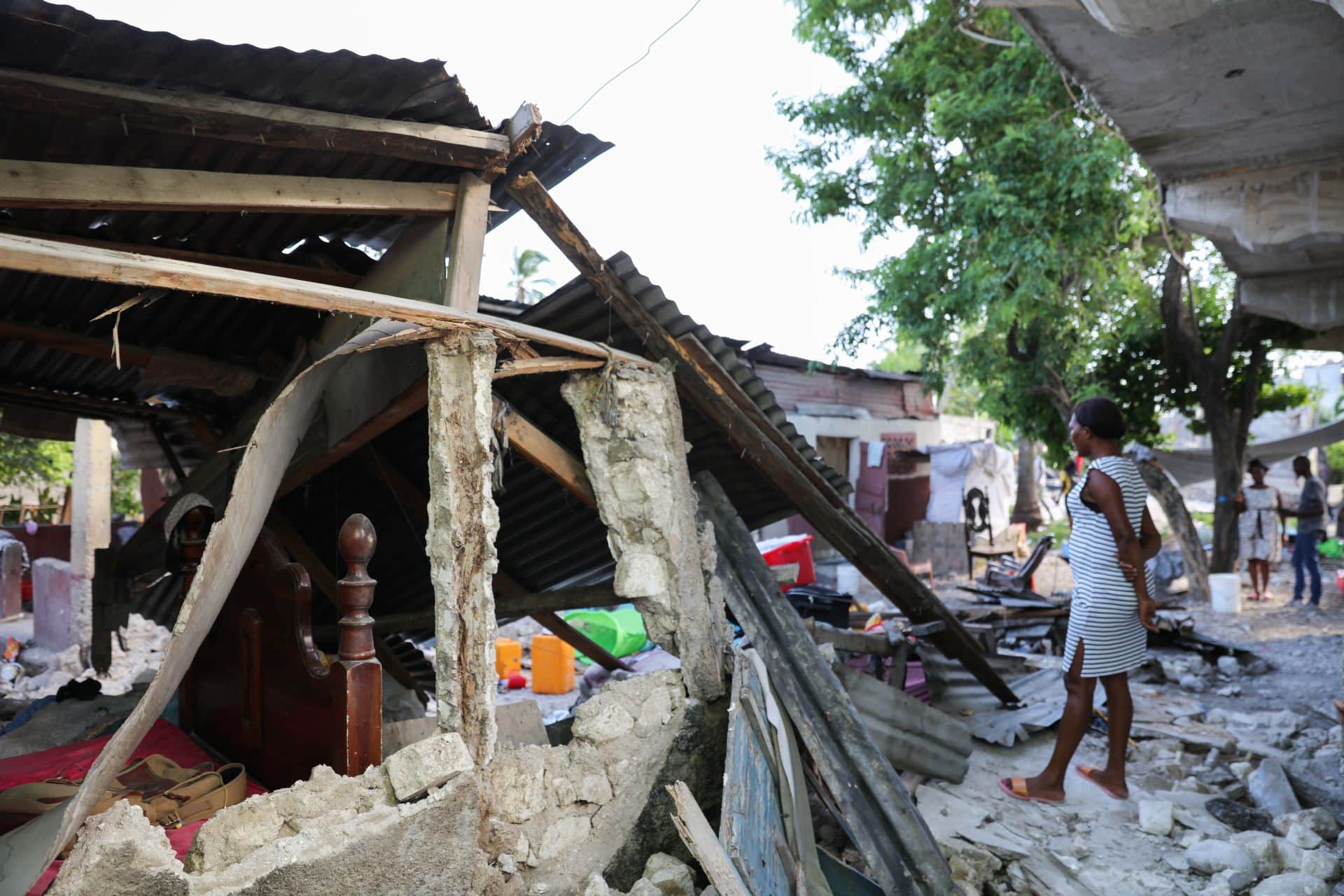 Americares has worked in Haiti since the 1980s, supporting health centers and local organizations with donated medicine and medical supplies both in response to emergencies and ongoing needs. Over the years Americares has responded to the 2010 Port-au-Prince earthquake, a cholera outbreak, Hurricane Matthew in 2016 and, most recently, the COVID-19 pandemic in Haiti.

At the time of earthquake, Americares was providing regular support to 29 health facilities in Haiti, including being the only health-focused organization to support the sole health facility for 50,000 people in one earthquake-affected arrondissement. There, Americares has provided a solar power system, refurbished the ambulance, made infrastructure repairs and provided training for staff, as well as public handwashing stations and community promotion of hygiene during the COVID-19 pandemic. In all, Americares has provided more than $385 million in aid to Haiti since 1984.

Photo/NadiaTodres – A woman looks on the ruins of buildings after the earthquake.