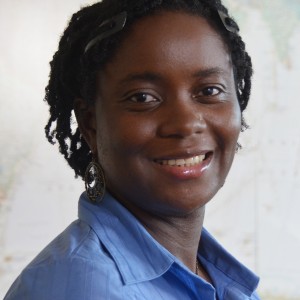 The news that the lead doctor treating Ebola patients in Sierra Leone was the latest casualty of the crisis brought me to tears. The Minister of Health called Sheikh Umar Khan “a national hero” and vowed to do anything in her power to make sure he survived. But once infected with the deadly virus, there was little even the top health official in the country could do to save him. He died a week later at the age of 39. This distressing story broke shortly after we learned one of the doctors at the second largest public hospital in Liberia’s capital also succumbed to the disease. Dozens of health workers have died since the outbreak began.

Sheikh Umar Khan is indeed a national hero. And his team continues to risk their lives fighting the world’s worst Ebola outbreak. The sad truth is, this one physician represents many health workers on the continent and in the developing world who daily risk their lives to save others. The issue of protecting health workers is one that cannot be overemphasized. Every day, health workers in Sub-Saharan Africa and throughout the developing world go to work without essential and basic protective equipment such as gloves, masks, and gowns. Nurses and midwives, doctors and waste handlers in hospitals in these countries are faced with the moral dilemma of whether they should risk their own life to save another.

On one of my first trips to Tanzania for AmeriCares Health Workforce Safety Program, I was horrified to hear that a 900-bed facility serving a population of 13 million people can run out of gloves. When I asked what is done when this occurs I was told, “We ration and focus on the high risk areas – like the labor ward and the operating room.” That was five years ago, and as I have worked more in this area, I have heard many such stories. I have seen lab technicians drawing blood without gloves, waste handlers emptying sharps containers without the proper protection and – the scariest for me – an overflowing sharps container in a pediatric ward with children walking around.

The whole world is now focusing on the Ebola outbreak in Guinea, Liberia, and Sierra Leone. We are riveted to our TVs as we watch an American doctor and an aid worker flown by a special jet from Liberia to a well-equipped isolation unit in Atlanta. Sheikh Umar Khan’s story made international headlines. Unfortunately, the issue of protecting our frontline health workers is not new. It is, however, more urgent than ever. No health worker should face the risk of a needle stick injury or the related risk of contracting Hepatitis B, HIV or Ebola. With more than 4 million health workers needed to fill the current global shortage, I hope the international community will start to focus on protecting the workers we already have. If we don’t, we will not make any of the other Millennium Development Goals in the post-2015 world, because at the foundation of all, is the presence of good health made possible by the efforts of skilled health workers.

Seeing Ebola from the Epicenter of the…