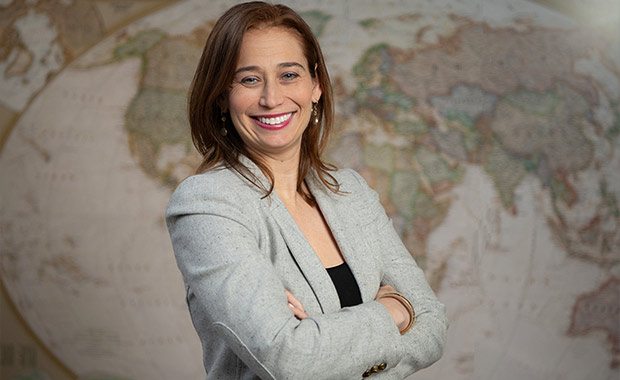 Goldstein brings to the position more than 20 years of experience in resource development and international and domestic program management. Prior to being named senior vice president and chief development officer, Goldstein served as vice president of individual philanthropy for Americares where she oversaw a team of development professionals stewarding relationships with supporters nationwide.

Prior to joining Americares in 2016, Goldstein served as the director of development at Digital Divide Data, a social enterprise organization that delivers digital content, data and research services to its clients while creating sustainable tech opportunities for low-income families in Kenya, Laos and Cambodia. Prior to that, she served as the director of donor engagement at American Jewish World Service where she was responsible for managing a portfolio of major donors and overseeing international donor and volunteer service trips.

Goldstein earned a bachelor’s degree in history from Brandeis University and holds a master’s degree in nonprofit management from New York University’s Robert F. Wagner Graduate School of Public Service, as well as a master’s degree in Hebrew and Judaic studies from New York University. She is an active member of congregation B’nai Israel in Bridgeport, Conn., where her husband, Evan Schultz, is the senior rabbi. Goldstein lives in Fairfield, Conn., with her husband and three children.