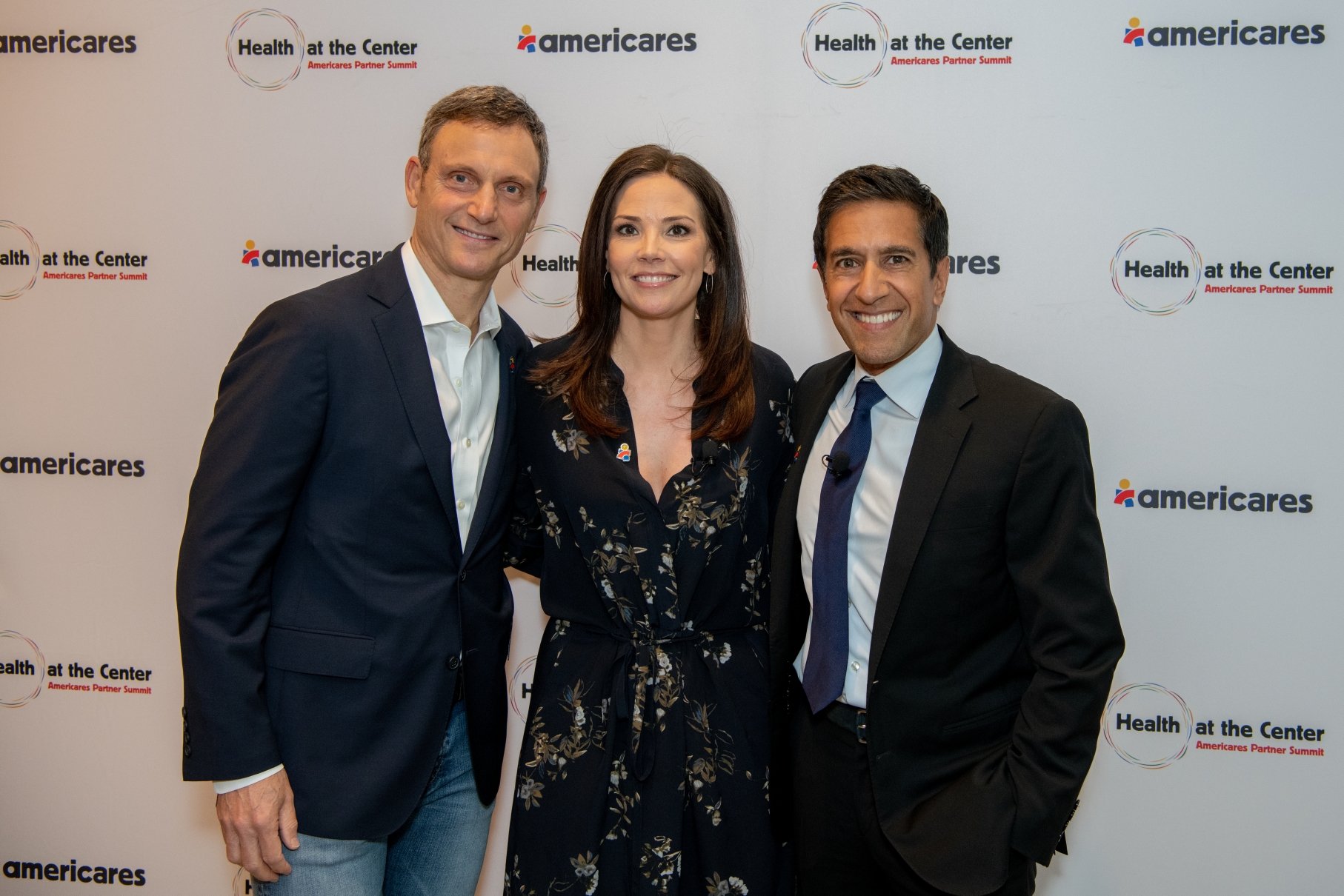 Stamford, Conn. – Sept. 9, 2019 – CNN Chief Medical Correspondent Dr. Sanjay Gupta will be honored for his dedication to humanitarian causes at the Americares Airlift Benefit on Oct. 5. Dr. Gupta will receive the Bob and Leila Macauley Humanitarian Spirit Award, which honors outstanding individuals who exemplify extraordinary courage and commitment to humanitarian endeavors and making a difference in the world.

“Throughout his career, Dr. Gupta has been a champion for raising awareness of the world’s most pressing health issues and advocating for the most vulnerable people, including disaster survivors,” said Americares President and CEO Michael J. Nyenhuis. “His dedication to humanitarian work has been an inspiration to us all and we are proud to honor him with the Bob and Leila Macauley Humanitarian Spirit Award.”

Since joining CNN in 2001, Dr. Gupta’s Emmy-Award winning coverage has chronicled the most important health stories in the United States and around the world. His reporting has taken him from U.S. Navy battlefield medical units in Baghdad and harrowing rescue missions with the U.S. Army’s 82nd Airborne in Afghanistan to areas devastated by natural disasters in Haiti, Japan, Nepal, New Orleans, Pakistan, Puerto Rico and Sri Lanka. Dr. Gupta has performed life-saving brain surgery five times in a desert operating room, investigated the deadly Ebola outbreak in West Africa and contributed to CNN’s Peabody Award-winning coverage of the oil disaster in the Gulf of Mexico and Hurricane Katrina in New Orleans.

“I am pretty certain no one ever feels worthy of an award like this, especially considering it is in the name of Bob and Leila Macauley,” Dr. Gupta said. “They set the bar and serve as an example to all of us. I am deeply humbled and honored by this award, and will treasure it always.”

Dr. Gupta is the host of Vital Signs on CNN, as well as the CNN Original Series Chasing Life with Dr. Sanjay Gupta. In addition, he is a faculty member at the Emory University School of Medicine and associate chief of neurosurgery at Grady Memorial Hospital in Atlanta. He also serves as an executive producer for the HBO Documentary Unit.

His latest award is named for Americares founders Bob and Leila Macauley, who built the organization into the world’s leading nonprofit provider of donated medicine and medical supplies. To date, Americares has provided more than $17 billion in aid to 164 countries. Bob Macauley served as CEO for 23 years and remained chairman until his death in 2010. Leila Macauley was an active member of the Americares board, serving as its permanent vice chairman until her death in 2019.

The Americares Airlift Benefit will take place on Saturday, Oct. 5, 2019, at the JP Morgan Chase Hangar at Westchester County Airport in White Plains, NY. Actor, director and producer Tony Goldwyn and CNN Anchor and National Correspondent Erica Hill will co-host the inspirational evening celebrating 40 years of Americares health programs for people affected by poverty or disaster. The event culminates with Americares signature Airlift, a 24-hour journey for guests to see Americares work firsthand. This year, the destination is the Dominican Republic, where Americares supports over 100 health facilities including hospitals, health centers and homes for the elderly.

For tickets or more information about the benefit, go to americares.org/aab2019 or contact Mary Rauscher at (203) 658-9558 or mrauscher@americares.org.