Hurricane Harvey: Stories from the Flood

Dr. Adlia Ebeid has been busy dispensing medication donated by Americares to refill prescriptions for patients who escaped the harrowing floodwaters. “Most people left their medication behind,” she said. “We are talking about people who left overnight with a backpack on their back.” The clinic’s suppliers temporarily halted deliveries in the first few days after the storm. A shipment from Americares arrived on Labor Day, just in time for the clinic re-opening on Tuesday. The clinic has been giving displaced patients insulin in the Styrofoam containers in which the medicine is shipped because they know most patients don’t have power—or even refrigerators—after the storm.  “Americares put people on the ground ahead of the storm. They really had the foresight,” she said. “Without Americares we would have had to turn people away.” Americares is also providing emergency funding to the charitable clinic, which has waived patient fees for storm survivors. 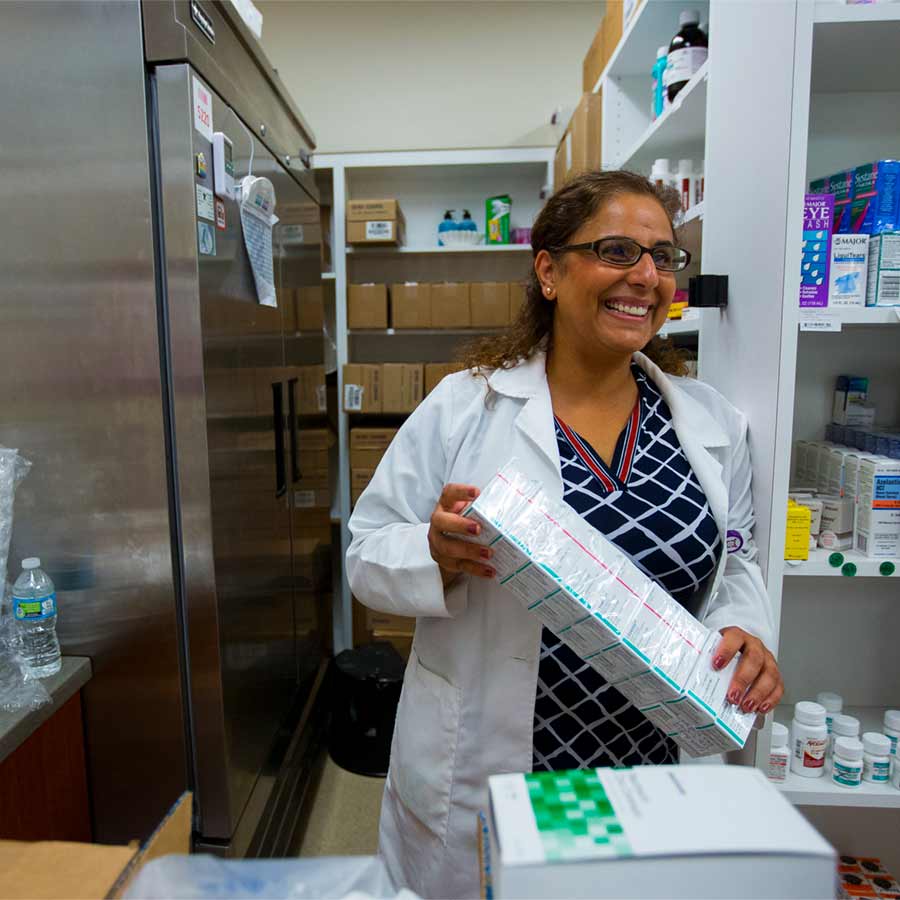 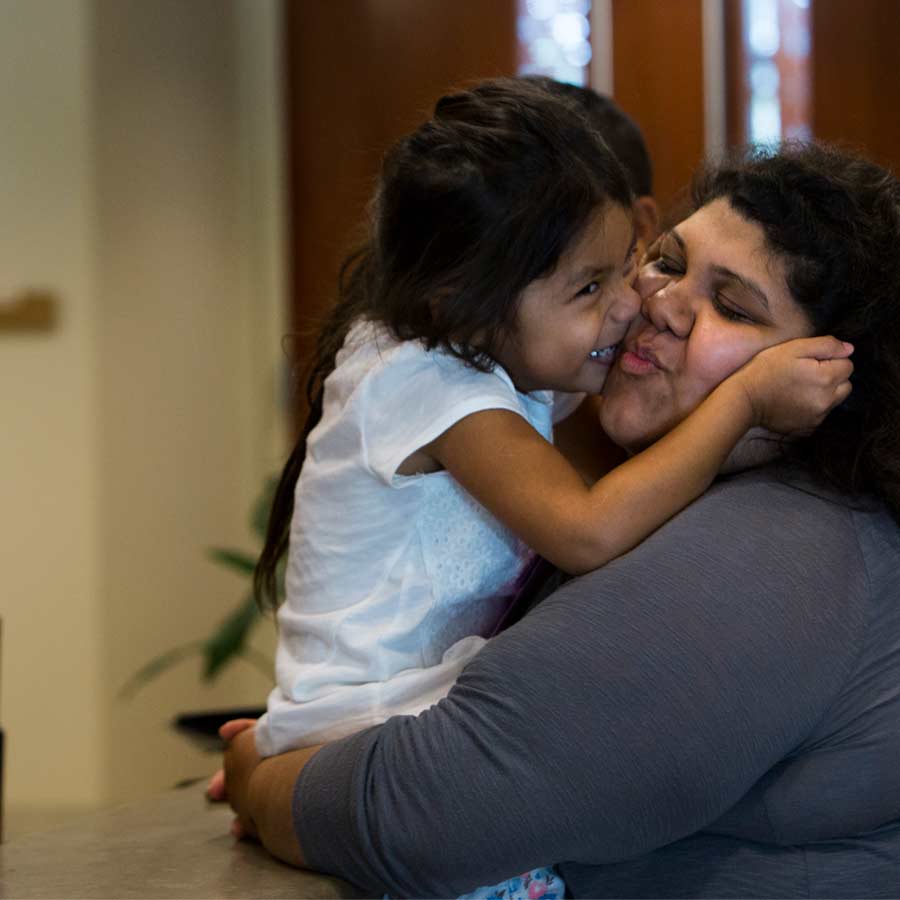 Houston couple Stephanie and Jose and their 4-year-old daughter spent three days trapped inside the upper floors of their apartment building before they fled to a shelter. The couple’s first floor apartment had filled with 4 feet of floodwater. “It was just such a horrible experience to lose everything like that,” says Stephanie, 26. “But thank God we’re alive and together as a family.” Jose sought medical care at San Jose Clinic in Houston, supported by Americares as part of its Hurricane Harvey Relief Program, where he was examined and given antibiotics for an infection along with diabetes medication. The clinic is waiving its patient contributions for Harvey survivors—a relief for a couple that hasn’t been able to work since the storm. “I say thank you because without you guys he wouldn’t be getting the treatment he needs,” the young mother told staff from the clinic and Americares.

With rain pouring down, Ruby and Joseph waded through waist-deep water to escape their Northeast Houston home with their four children. “We got into the car and prayed,” says Ruby, describing a harrowing drive through several feet of water. They spent the next week in shelters, along with thousands of their neighbors seeking refuge from Hurricane Harvey’s rising floodwaters. While the children settled into cots at the NRG Center, Joseph took another trip—to the hospital, where he was diagnosed with dangerously high blood pressure. When Joseph returned to the shelter with a prescription, he found the medicine was right there in the shelter pharmacy and available to him at no cost. A good thing – with a flooded home, this family has enough to worry about. 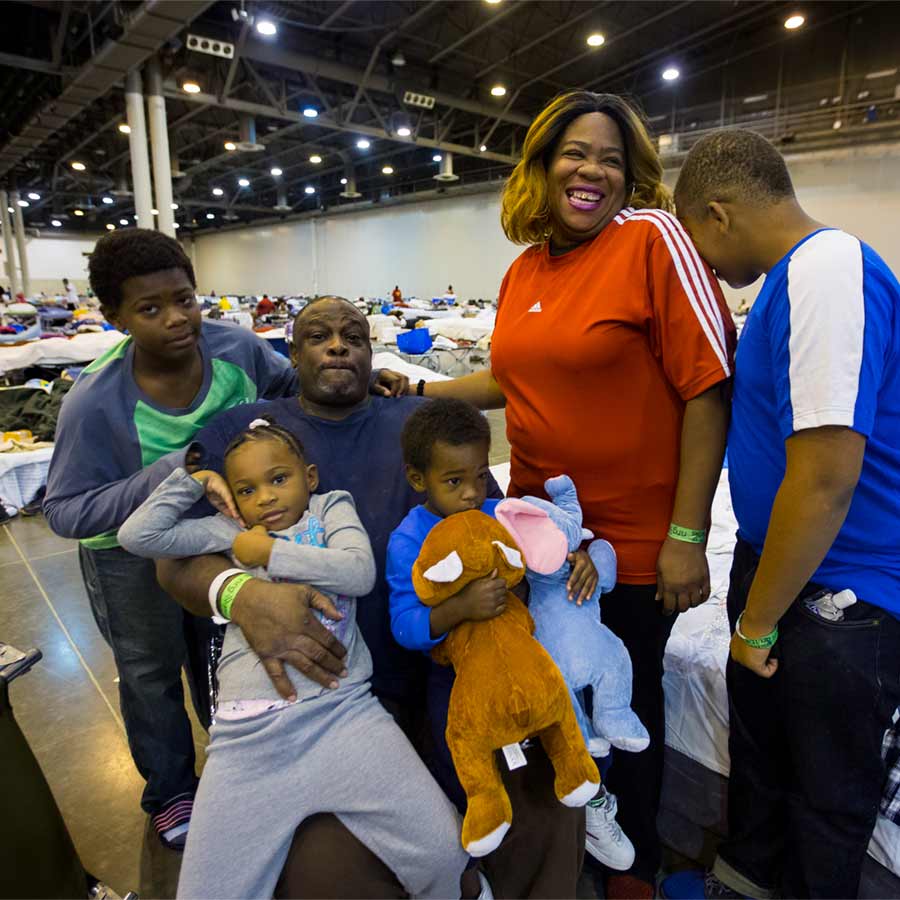 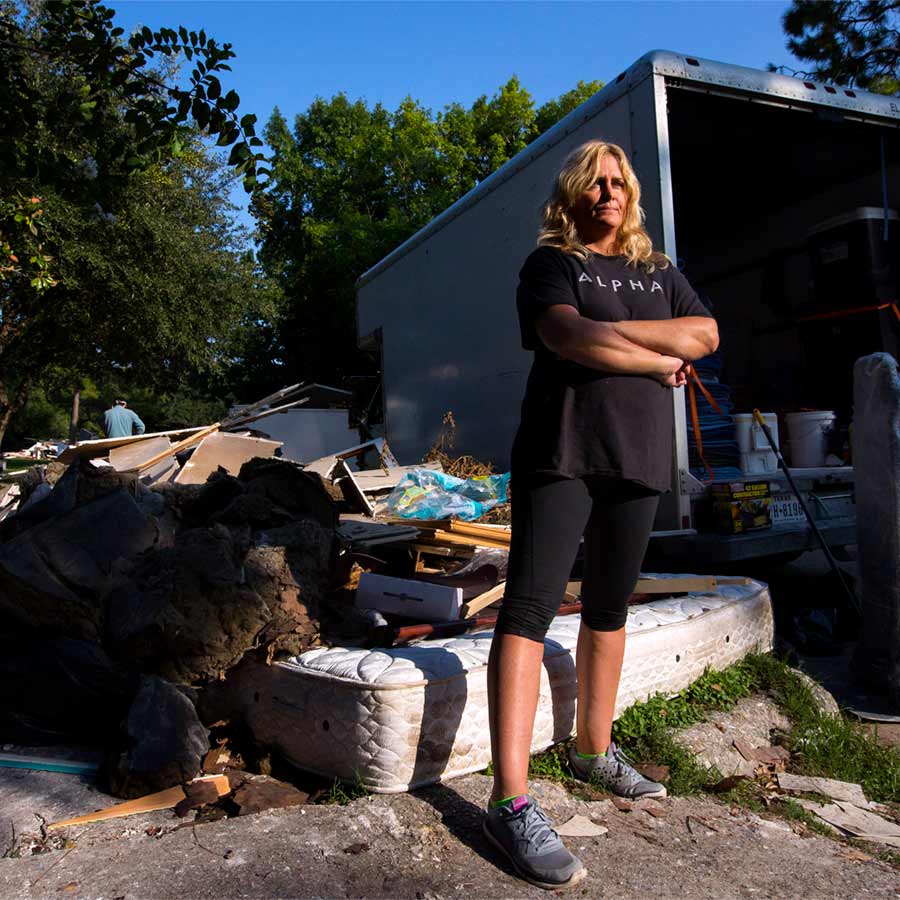 When floodwaters began rising on her street of one-story homes in Houston’s Westbury neighborhood, Layne heard her elderly neighbor crying for help. She and her husband helped the woman to their attic; the National Guard came and rescued her. Then Layne and her own family found themselves in need of help—the water on the narrow street was now running swift and deep.  “I’m a surfer and I was afraid,” she says of the waist-high torrent. A group of men came in a motor boat and helped Layne, her husband, two daughters, three dogs and kitten into their boat. Now the pre-school teacher and her family are living at her parents’ house, mucking out their own with the help of volunteers. When we met Layne, she had just hauled her twelfth load of sodden debris to the curb. “I feel like it’s Armageddon,” she told us. “We have this going on, we have the fires, we have other hurricanes coming. I just want to be back in my house.”