AmeriCares continues to help the people of Fiji, supporting health care access and recovery from Cyclone Winston by shipping more medicines and supplies while organizing and strengthening the country’s supply chain.

The Category 5 storm – the strongest on record in the Southern Hemisphere – made landfall on February 20, leaving a path of destruction including flattened homes and downed power lines. More than 40 people were confirmed dead, thousands of homes were damaged or destroyed, and many areas lost power, water, and communications. The Ministry of Health and Medical Services reported that 30 percent of Fiji’s health facilities were damaged by the catastrophic cyclone. 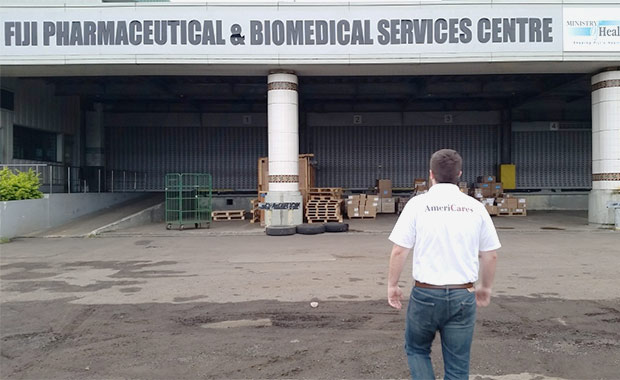 “The severity of the storm and the extent of the damage put the health and safety of survivors, particularly in rural areas, at great risk,” said AmeriCares Vice President of Emergency Response Garrett Ingoglia. “Our teams on the ground have worked with local health facilities and partners to strengthen the distribution system as more aid shipments arrive.” 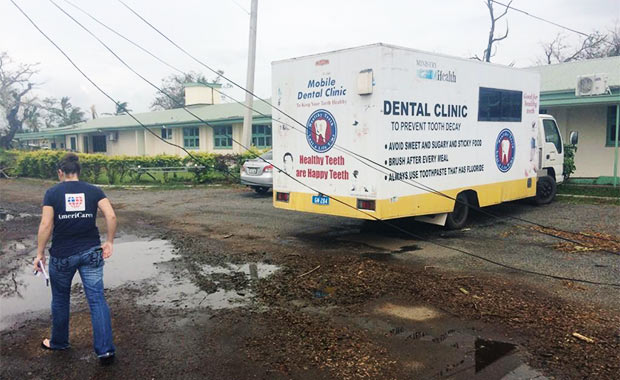 Of the 63 damaged health facilities, two major hospitals have reported significant damage, including one in the capital city where labor and delivery rooms, the intensive care unit and an operating room were flooded. Part of the roof of another hospital was blown off, forcing patients to be relocated, according to the United Nations Office for the Coordination of Humanitarian Affairs.

Our emergency teams hand carried relief supplies and critical medicine to affected health facilities to meet immediate needs and then at the request of the government helped to organize the supply chain to more efficiently distribute critical supplies in a timely manner. Priorities have included addressing trauma and acute health needs, preventing communicable diseases endemic to Fiji, and restocking damaged and destroyed medicines in health facilities to ensure continuity of care.

Get medicine and critical care to people in need, wherever they are.