Before AmeriCares began working in Kosovo,premature babies like the twin girls Arjana and Adelina had little hope of surviving. Today, the girls are home with their mother, Indira, healthy and thriving, due in part to AmeriCares donation of a lifesaving drug that was previously unavailable in this war-torn country.

Born 10 weeks premature, the gravest threat to the tiny babies was respiratory distress syndrome, a dangerous and common condition among preemies with underdeveloped lungs.

Fortunately, the babies were immediately treated with a surfactant replacement drug at the Neonatal Intensive Care Unit of our longstanding partner, University Clinical Center Kosovo’s (UCCK). Year after year, this drug helps many preterm babies breathe on their own and increases survival rates considerably.

“This biological product prevents the air sacs in the lungs from collapsing when the baby exhales, allowing more oxygen to flow to vital organs, and helping to save the smallest and most fragile patients,” said AmeriCares Medical Director, Dr. Frank Bia.

The babies were also put on CPAP (continuous positive airway pressure) machines to save their young lives. Gradually the babies, born 2.7 pounds and 2.6 pounds each, improved and were transferred to the mother and baby unit where Indira could breastfeed them. After a stay in the unit, their joyful mother was able to bring her babies home with a good outlook for survival. At a follow-up visit, both girls had doubled their weight, were breastfeeding and doing well – with age-appropriate development. 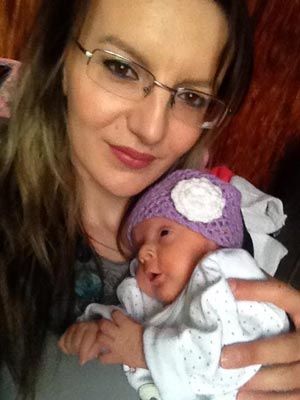 Hope and progress where there once was none

The twins are among a growing number of babies that are thriving, thanks to a long-standing partnership with UCCK. Since 2006, we have sent more than 1,600 vials of the surfactant replacement drug to Kosovo with the total value exceeding $1.1 million. The drug is administered by neonatologists trained by the World Health Organization, and the newborn ICU is equipped with the most advanced technologies, including equipment donated by AmeriCares.

At one time, preemies born to Kosovar mothers suffered the highest rate of infant mortality in Europe, neonatal intensive care units were nonexistent, and preterm infants had no access to costly, leading-edge drugs like the one that saved the twins.