Every child has their own path to growing up. For many, the journey is filled with pleasant experiences — like riding a bike while a loved one held the seat, or playing in a park with friends and family.

But for Alejandra, childhood was much more difficult. Unable to join the other kids, she sadly watched them play outside from her bedroom window. Attending school was only a dream in Alejandra’s mind. Walking was just too painful.

Alejandra was born with a clubfoot. Without medical care, her story would have been tragic. She would have never known what it felt like to run with her friends or receive an education.

But, because of people like you who donated on #GivingTuesday, Americares can help children like Alejandra. We gave gifts of medical supplies and taught Alejandra’s grandmother how to care for her wounds.

Alejandra is now receiving the care she needs to walk normally — without pain— and have a chance at a better life.

What’s it all about?

Giving Tuesday is about helping children just like Alejandra and vulnerable families around the world.

It’s also known as the National Day of Giving because it allows us to take a break from Black Friday and Cyber Monday and share the blessings we’ve enjoyed with vulnerable people in the little corners of the world.

By now, a lot of people like you are already aware of Giving Tuesday. It’s the Tuesday after Thanksgiving, our special giving holiday.

It’s also known as the National Day of Giving because it allows us to take a break from Black Friday and Cyber Monday and share the blessings we’ve enjoyed with vulnerable people in the little corners of the world.

GivingTuesday started just seven years ago. And it’s grown quickly. Many organizations rely on it to help fund their work for not only one day, but all through the year.

Of course, you can help others year-round through volunteering, donating or spreading the word about the causes you care about. But on #GT, your compassion is magnified by the generosity of millions of other people, and the impact is seen and felt globally.

Why Should You Give?

Help Us Give the Gift of Health

With your donations, Americares can provide medicines and care for vulnerable children like Alejandra. And in regions that are vulnerable to disaster, we pre-position emergency medical and relief supplies.

When Hurricane Dorian, a historic and deadly Category 5 storm, demolished communities and left families in desperate need, Americares was on the ground in the Bahamas within days of the storm.

And we don’t abandon survivors after an emergency.

Americares stays behind to rebuild clinics and hospitals that provide critical health needs for the local communities.

Our rapid response can be the difference between life and death for survivors of a natural disaster. All the support we provide hinges on your kind heart and generous donations.

How Do I Donate to Giving Tuesday? 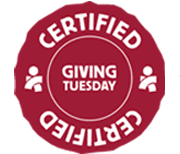 How Much Should You Donate on Giving Tuesday?

There is no limit to what you can donate on Giving Tuesday.

We are at work around the world restoring health and renewing hope.

How Does Americares Use Your Donations?

More than 98% of our resources support health programs, and less than 2% is used for administration and overhead.

Over the last 40 years, Americares has delivered more than $17 billion in quality medical aid and innovative health programs to 164 countries, including the U.S. Our goal is to make sure that people affected by disaster and poverty can access quality health care and reach their full potential.

For the Fourth Year in a Row,
We’ve Earned Charity Navigator’s 4-Star Rating

We are a Four-Star BBB Accredited Charity. And for the fourth consecutive year, Americares has earned a 4-star rating — the highest possible — from Charity Navigator. Charity Navigator is America’s largest independent charity evaluator, and they endorsed Americares for our strong financial health and our commitment to accountability and transparency.

All nonprofit organizations strive to achieve a four-star rating. It’s the “gold standard.” But only 20% of the charities evaluated by Charity Navigator have received at least four consecutive 4-star evaluations.

This adds Americares to a preeminent group of charities working to overcome our world’s most pressing challenges. Based on our ratings with charity checkers, you can trust that your donations are going to support a financially responsible and ethical charity.

A reputation like this doesn’t just happen. It’s earned through hard work — and high standards. We make a commitment to integrity, efficacy and financial transparency because we know our supporters demand it … and the communities we serve deserve it. 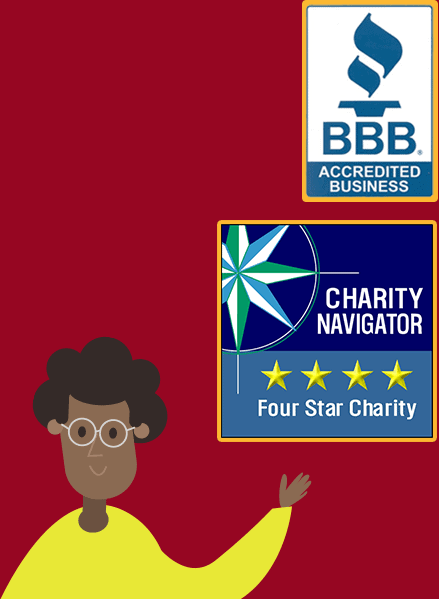 Give to those who need it most around the world.