In December 2013, a little boy in a village in Guinea, became ill and died just a few days later. This death, unnoticed at the time by few beyond family and neighbors, set off a horrific Ebola outbreak, infecting over 26,900 people and killing more than 11,000. The most heavily affected countries include the three neighboring West African countries of Liberia, Sierra Leone and Guinea – poor countries with limited resources, weakened health systems and porous borders. The World Health Organization declared a public health emergency of international concern in August 2014, and soon thereafter the UN Security Council established the UN Mission for Ebola Emergency Response (UNMEER) to coordinate efforts to stop the epidemic.

The loss of so many health workers devastated health systems that were already under-resourced and weakened by civil conflict, leaving people with malaria, typhoid, complicated childbirth and other illnesses without access to even basic care. In Liberia, for example, the country had only one doctor for every 100,000 people before the Ebola struck; Sierra Leone had but 2 doctors for every 100,000. In the course of the outbreak, a total of 869 health worker were infected in Guinea, Liberia, and Sierra Leone; and 507 died. “Before Ebola people would laugh at me for handwashing,” Sophia B. Johnny, ITC Wash Supervisor, Buchanan ETU

Americares first responded to the outbreak in April of 2014, working to protect health workers on the frontlines of this horrific epidemic. In Liberia, at the height of the outbreak in September of 2014, we recruited physicians and nurses to staff one of the Ebola treatment units (ETU) built by the U.S. Department of Defense in Buchanan outside of Monrovia in Grand Bass County as part of a partnership with the International Organization for Migration (IOM) in coordination with the Ministry of Health and Social Welfare and funded by USAID to provide qualified medical personnel and adequate medical supplies to treat Ebola patients. We managed the facility and its staff of over 180 all the way through the decommissioning process in May 2015 after the outbreak was contained in Liberia. We also supplied medicine and supplies to three other Ebola centers, outfitting more than 600 health workers with everything needed to treat and care for infected patients for six months. In addition to updating protocols and maintaining a constant state of readiness to isolate and treat Ebola patients, Buchanan ETU staff members also took part in offering other important community outreach and training services in the area of Grand Bass County. In Sierra Leone, we supplied personal protective equipment (PPE) to care givers in interim care centers for children who had been exposed to Ebola and require temporary care outside the home for 21 days – some of whom had parents who were ill or had died from the disease. AmeriCares also provided reunification kits for these children when they left the care centers that included food, clothing and personal care supplies to replace lost items and help ease a child’s transition back into the community. In Guinea, provide our partners with medical equipment and supplies, including thousands of PPE distributed to over 180 health facilities. Thousands of liters of bleach were delivered to ChildFund International, our partner in Guinea, working with health clinics, health posts and community health workers to maintain infection prevention and control standards and to rebuild community trust in the healthcare system.

course treatments of medicine to partners in West Africa

With corporate, foundation and individual donor support, Americares has set in motion plans to help rebuild and strengthen health systems in West Africa that have been decimated by Ebola. Liberia: Americares has established staff, an office and warehouse to manage the recovery and distribute aid. We are working to strengthen maternal and child health services in Grand Bassa County, Liberia. To increase access to and improve health services for mothers and newborns, the 18-month project includes facility upgrades (including some construction), equipment, medicines and staff training at three health facilities – one hospital and two clinics. One completed facility renovation now serves some 15,000 residents in and around Zondo Town in Grand Bassa County with a modern maternal/child clinic. Sierra Leone: Americares provided infection prevention and control training in Bonthe District for all health workers at Bonthe Government Hospital and Mattru Hospital. This health worker and patient safety intervention contributes to long-term health systems strengthening and prepares the country for future infectious disease outbreaks. Guinea: We have supported frontline health workers with protective equipment and supplies. Current Status: Our emergency team regularly monitors potential outbreaks in other countries in Africa and works with our partners to evaluate whether assistance is needed. Inside one of the training facilities for Ebola treatment. Training session for health workers at an Ebola treatment unit. Staff training and public education are a critical part of stopping Ebola 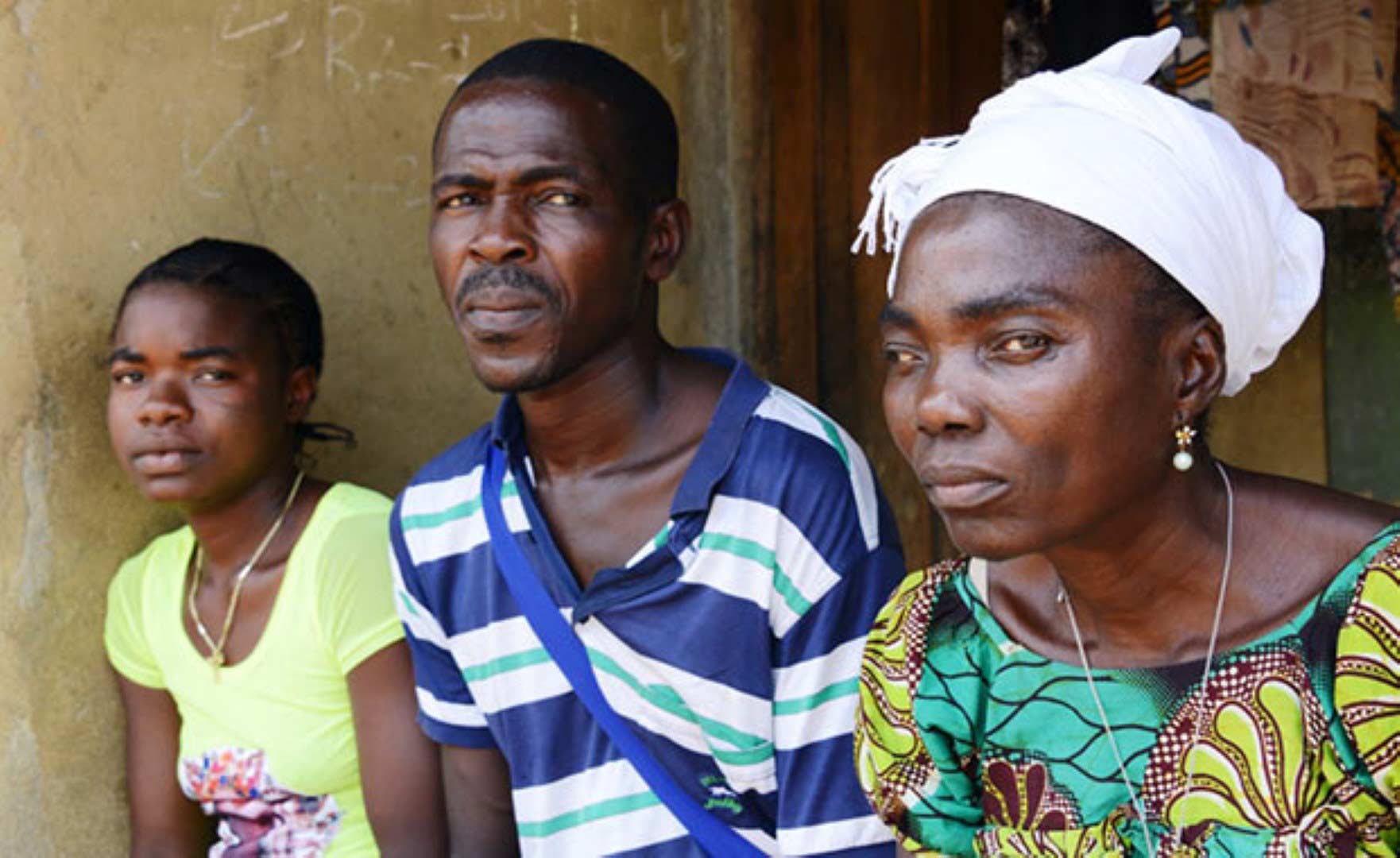 Three Ebola survivors from the community Isatu and her daughter, the youngest Ebola survivor, with members of Sinje medical team

Provide medicine & supplies to save the lives of people in desperate need in West Africa and around the world.