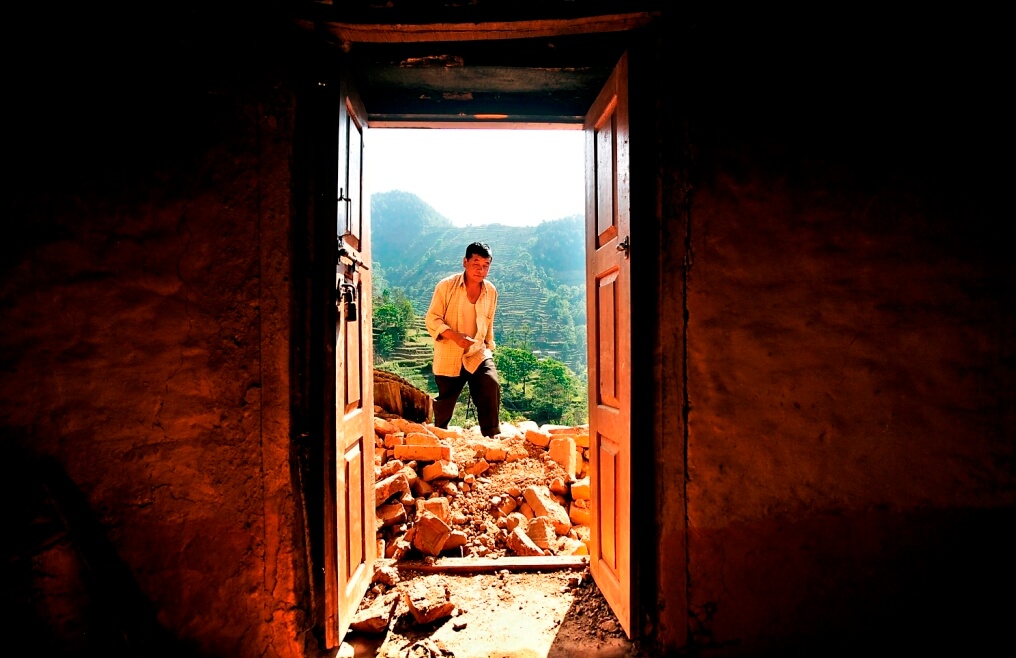 On April 25, 2015, a 7.8-magnitude earthquake rocked Nepal, caused buildings to collapse, set off avalanches on Mount Everest and catapulted the entire region into chaos. The worst earthquake in 80 years killed nearly 9,000 people, injured thousands, destroyed or damaged at least 880,000 homes and more than 1,200 health facilities. Multiple aftershocks throughout the region hampered rescue operations, terrified survivors and added to the death and injury toll. Then the monsoon season compounded the misery as survivors sought shelter amidst ruined buildings. Americares immediately launched a large-scale relief effort sending aid workers, medical teams, and emergency medicines and supplies to the disaster zone. Watch the video story of recovery.

The Nepal earthquake did enormous damage to health facilities, severely limiting the delivery of basic health services. In a needs assessment following the quake, our Emergency Team, working with the Government and our local partners, developed and implemented a plan to rebuild a District Hospital and 15 local health facilities. The rebuilding work at the Dhadang District Hospital has been completed along with the local health centers.  In addition, we are supporting ongoing programming in the areas of disaster risk reduction, mental health, water and sanitation at 8 of the clinics.

Our commitment to thriving local health centers is restoring these facilities by building back stronger and providing the staff with the support necessary to help them serve more people with quality health care in their community. And the Nepal team, working with local partners, is expanding an innovative Mental Health and Psychosocial Services program to reach more community health workers.  See the interactive maps for details of the health facilities and the MHPSS program.

“We are really grateful to Americares, who came to Nepal in such a difficult time and provided us meaningful support in the reconstruction of health facility buildings in Makwanpur and Dhading districts, which resulted in uninterrupted delivery of quality health services to people in rural villages.” 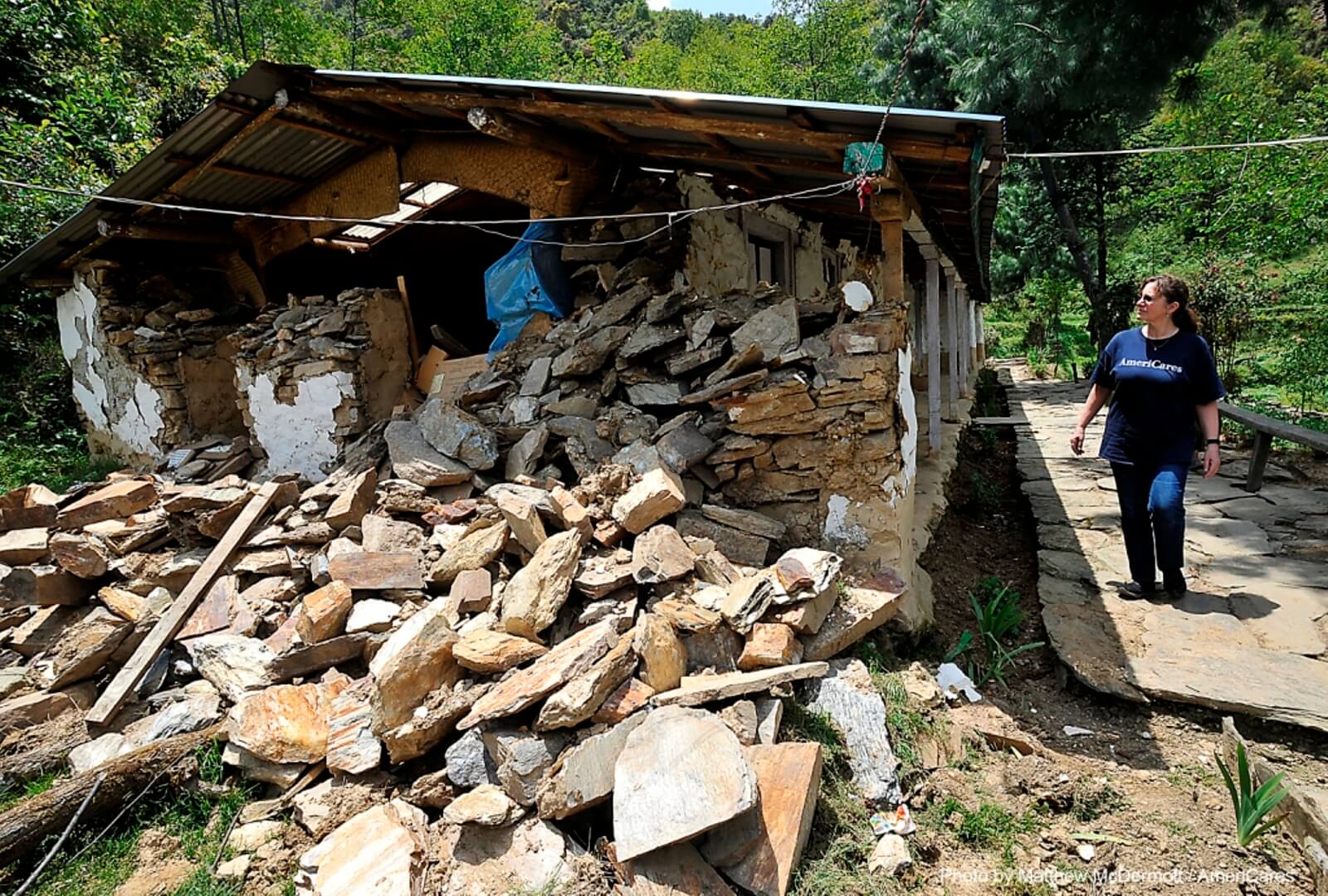 The damage to local health centers in Dhading and Makwanpur districts was extensive. 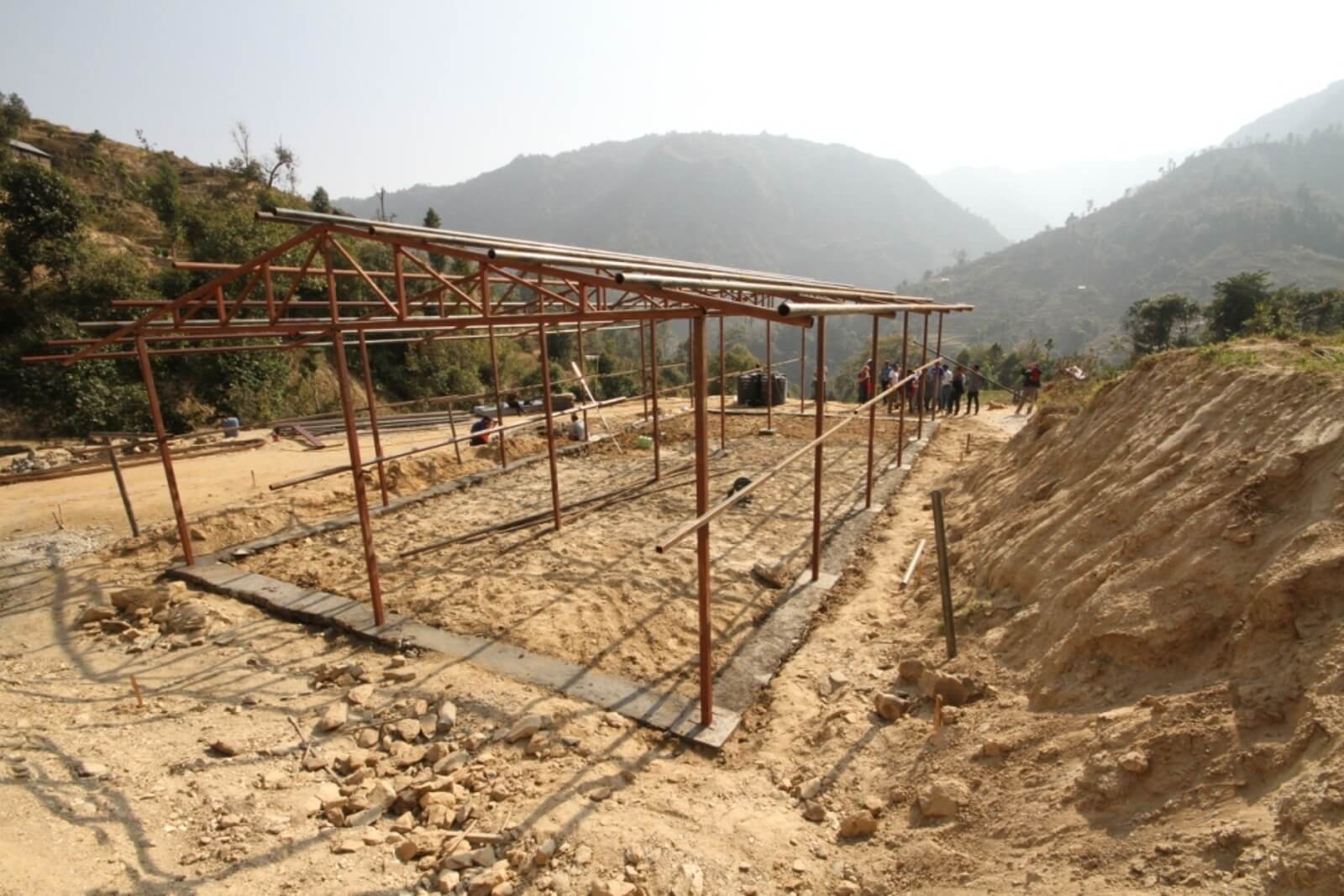 Working with two local NGO partners and in cooperation with the Ministry of Health, Americares is building the health centers to the construction guidelines set by the Government of Nepal 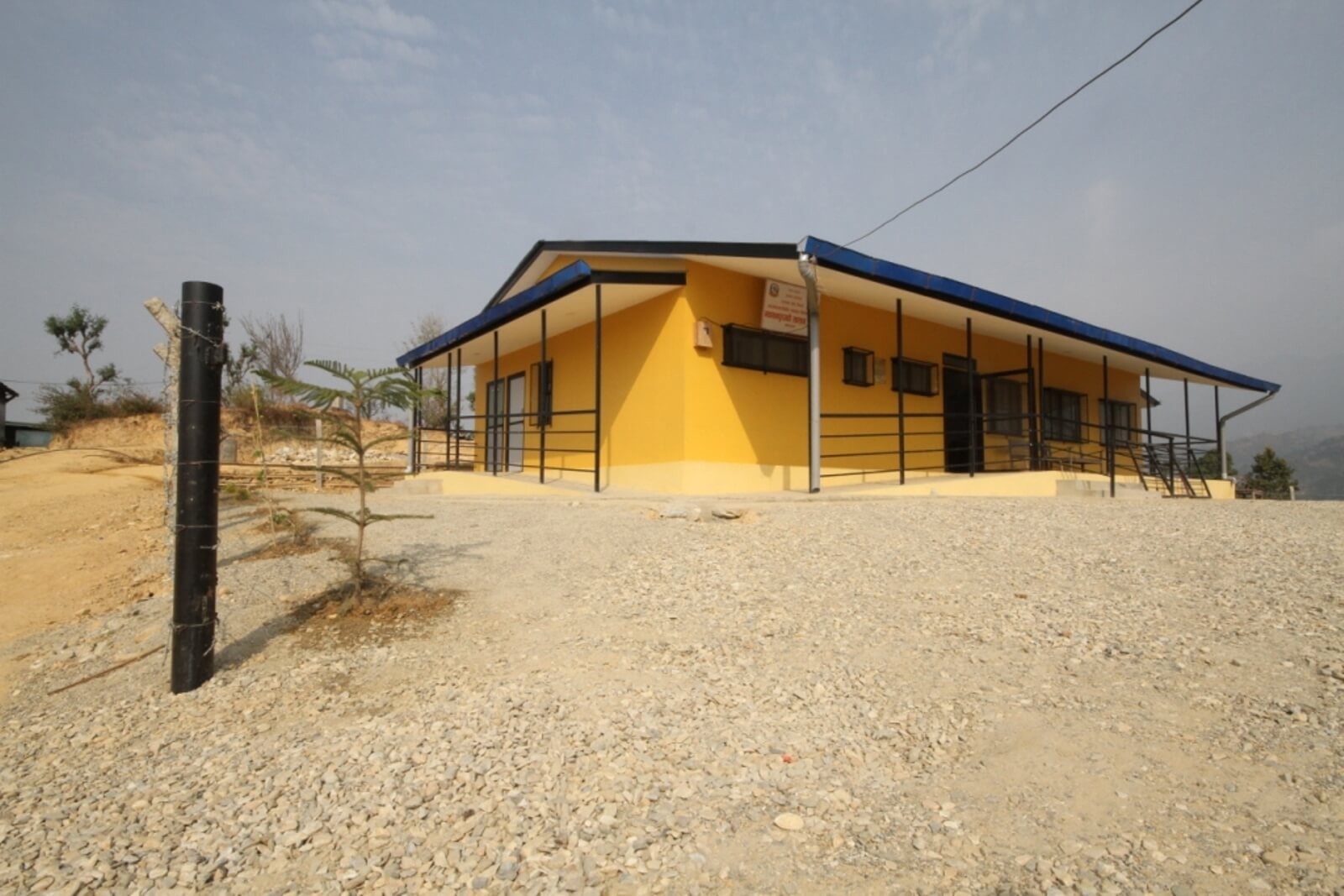 As each health center is completed, Americares is also providing essential medical equipment and supplies, according to government guidelines along with health worker training. 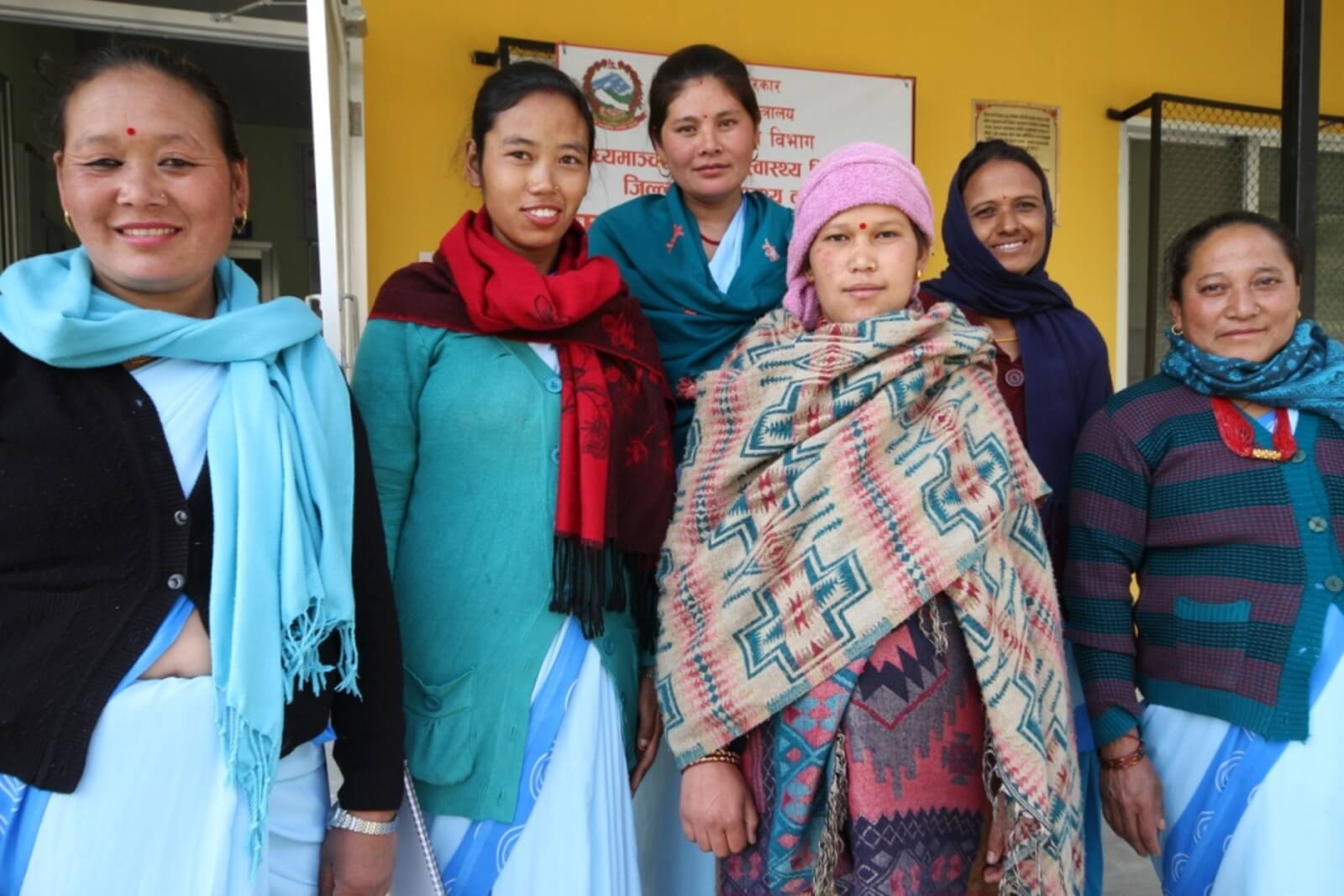 The rebuilt facilities are providing care for 195,000 patients, helping to restore the communities they serve.

The WHO estimates that after a disaster, such as an earthquake, 15-20% of the population will experience a mild to moderate mental disorder with another 4% suffering severe disorders.

To give survivors the tools they need to address damaging stress in their communities, Americares collaborated on the design and implementation of a unique psychosocial and mental health program. In this drama-based program, trained actors show the ways stress from the earthquake can affect an individual, family and community by increasing awareness of and destigmatizing mental health issues. Overall, the project reduces isolation while building basic knowledge and resilience at the grass-roots level through training of community health volunteers. Earthquake-affected communities can then develop long-term coping strategies that enable survivors to fully recover and regain a sense of normalcy.

This has been done in 188 Village Development Committees in 6 districts. As a result, the health workers identified over 1,600 people who have some form of mental health or psychosocial issue and require additional services.  Overall more than 5,500 community people and health workers, including  the Female Community Health Volunteers (FCHVs), were provided with training in MHPSS along with WASH, Disaster Risk Reduction and Menstrual Hygiene.

The Americares team then went on to phase 2 of this project in order to ensure that as many of those identified patients as possible receive some form of care. This included counseling with a Female Community Health Volunteer, referral to a health post or district hospital for more specialized care or medication. The project also works with newly elected local government officials sensitizing them on mental health issues and advocating to mainstream these issues at the local level for its long-term sustainability.

“After this training I am capable to save the life of a girl who planned to attempt suicide. I felt this was my greatest achievement in my lifetime and I was proud to be an FCHV and happy to be involved in this training.”

Americares is evaluating the program, so it can be replicated in future disasters.  See the interactive map view of the people served in this community program. A summary of the first program assessment follows the map.

To date, Americares had supplied more than $27 million in aid to meet survivors’ immediate and longer-term health needs.

Americares identified a need for long-term physical rehabilitation services for earthquake survivors who require comprehensive care to regain full functionality and return to their work and families in remote communities. In Sindhupalchok District, Americares built and operated an injury and rehabilitation center for up to 20 patients, in partnership with the International Organization for Migration. The center provides round-the-clock nursing care and intensive daily physical therapy sessions so each patient can regain maximum functionality after a stay of four weeks. Patients also have access to psychosocial counseling. The facility has served hundreds of patients and their families. Service was extended to non-earthquake patients as well. Watch the video of lives restored.

“Americares deserves a medal for being so efficient during responses to the earthquake and fuel crisis. They identified gaps and provided exactly what was needed at a critical time.”

An earthquake survivor regains her health

Junkiri is thankful for a new life.  The Injury & Rehabilitation Center helps people return to their family and community 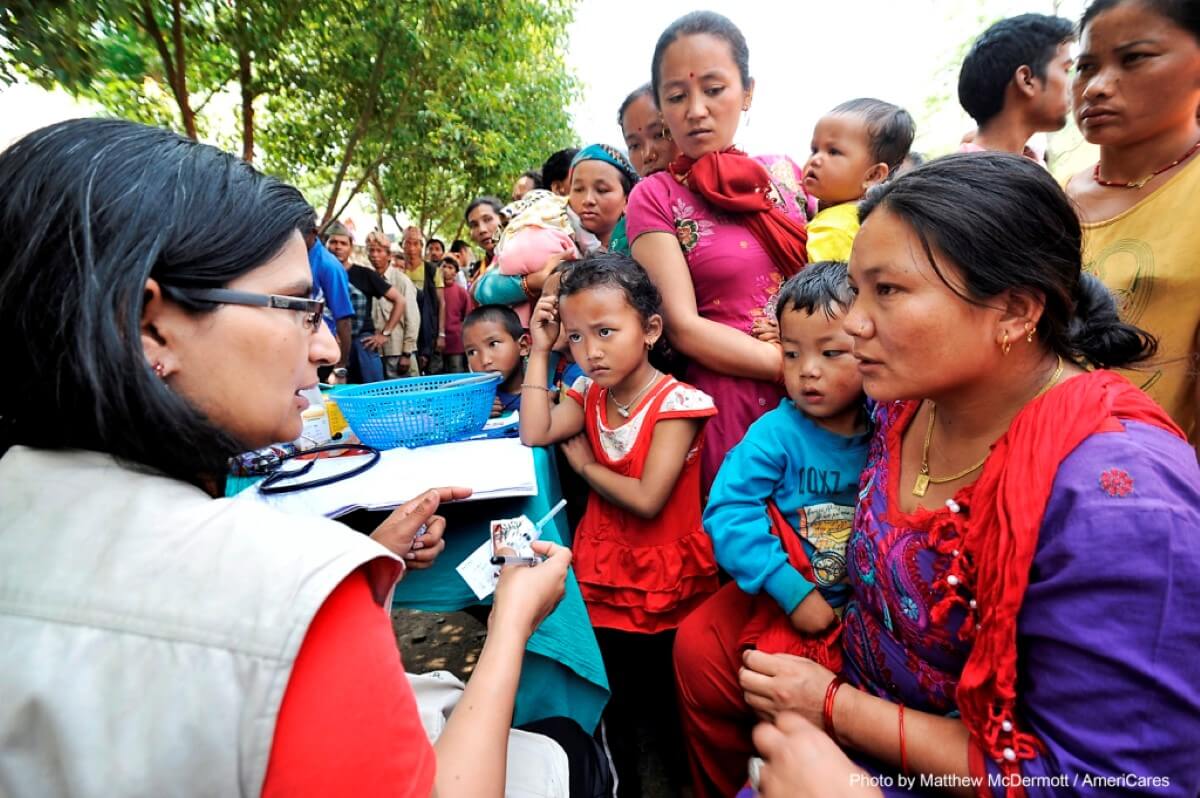 The first Americares India medical team responded within 48 hours, treating hundreds of patients through temporary medical camps in Kathmandu and nearby heavily damaged communities, while other team members distributed medicines and supplies to frontline health workers and coordinated relief efforts with inter-agency groups and government authorities 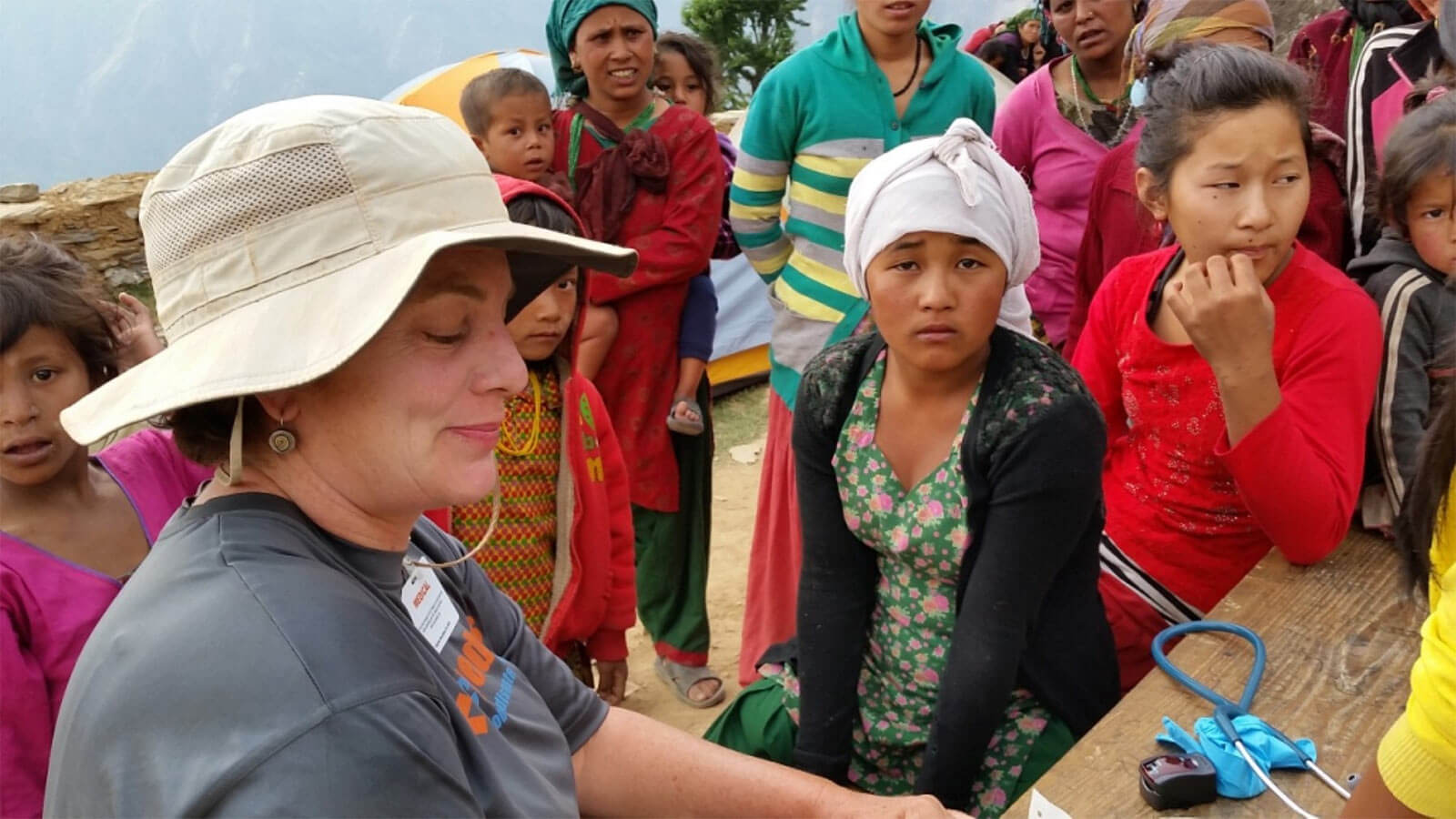 Our emergency team worked with international medical teams on the ground in Nepal helping earthquake survivors. The teams included a special surgical group from India performing more complex surgeries on badly injured survivors. One of our partners, NYC Medics, treated hundreds of survivors in hard-hit areas of Dhading District. 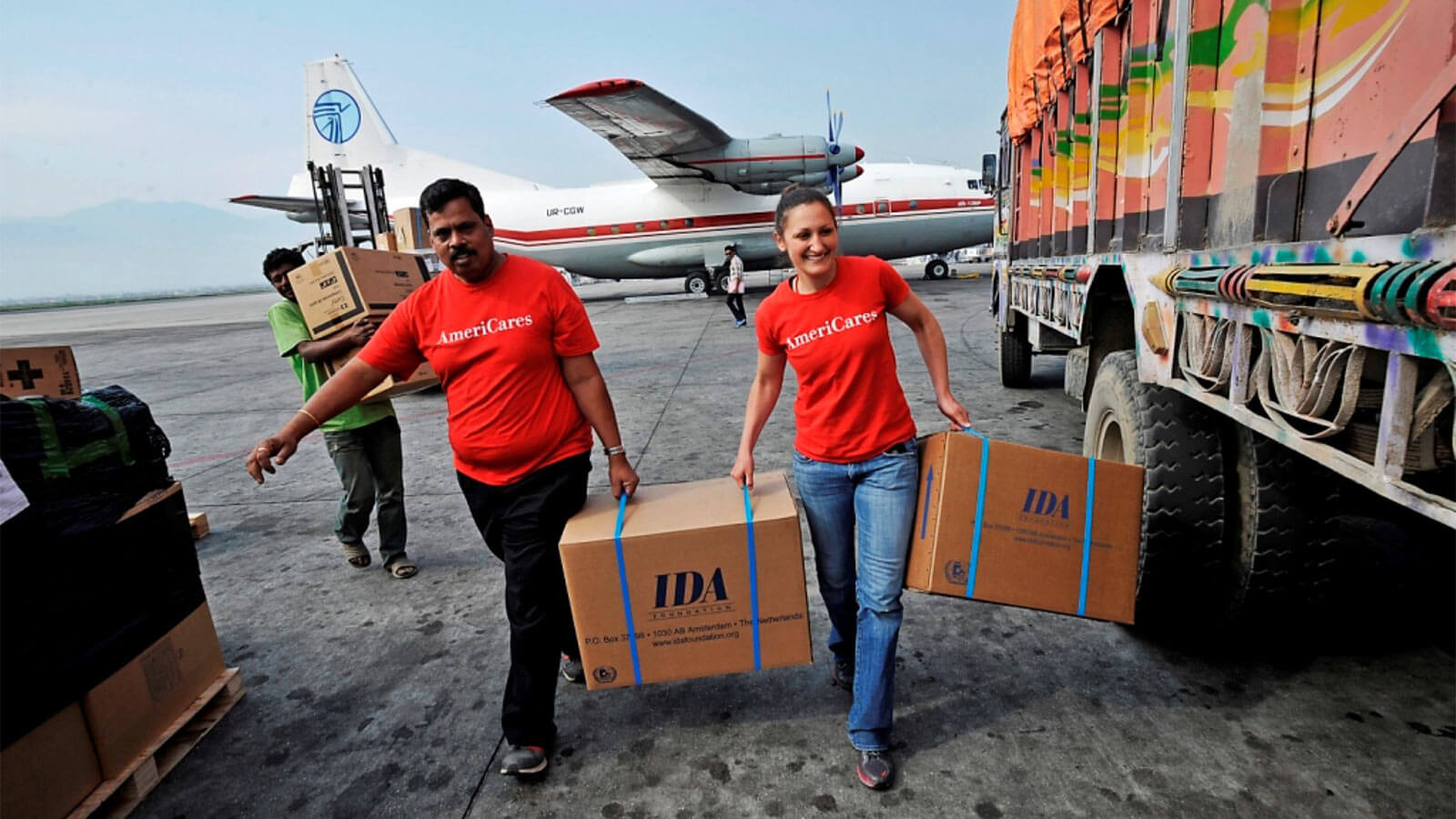 Ten days after the earthquake, Americares airlifted close to $1 million in medicine and supplies to meet needs defined by Nepal’s Ministry of Health and the World Health Organization. 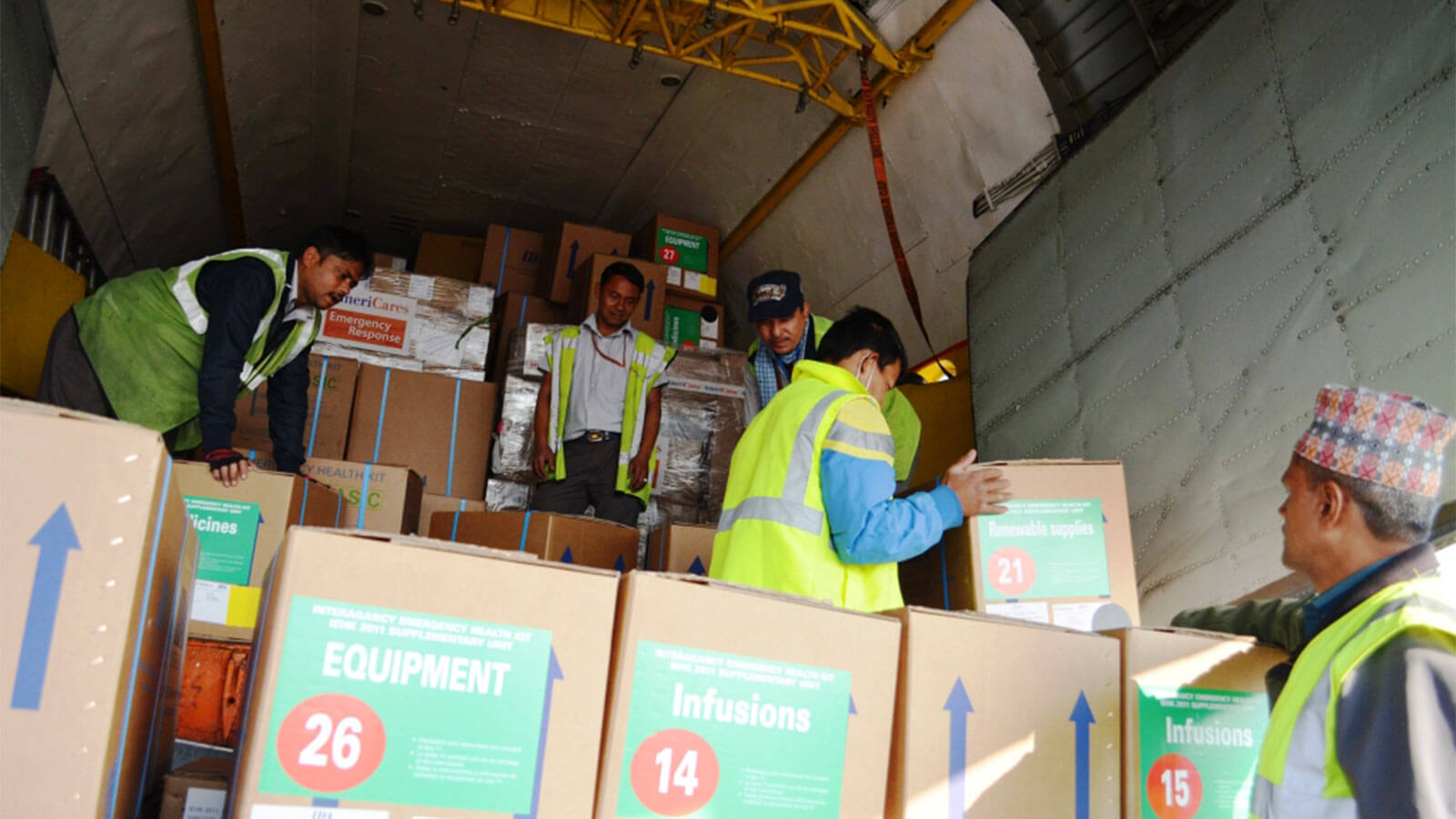 Our in-country team established a long term presence in Nepal with an office and warehouse in Kathmandu, supporting recovery programs and coordinating distribution with partners. 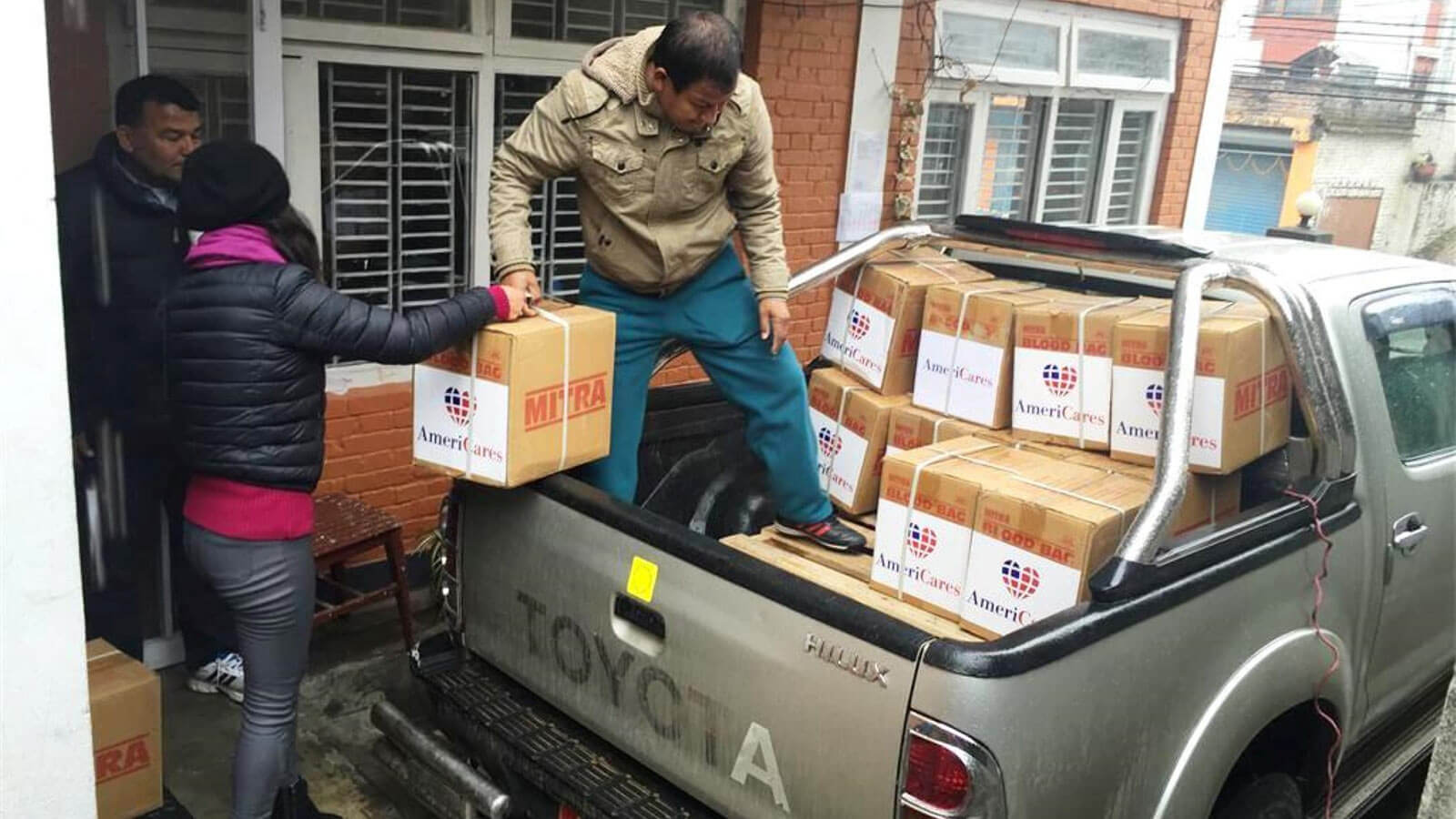 When a fuel shortage created a medical supply crisis, we were able to provide new shipments of critical medicine and supplies