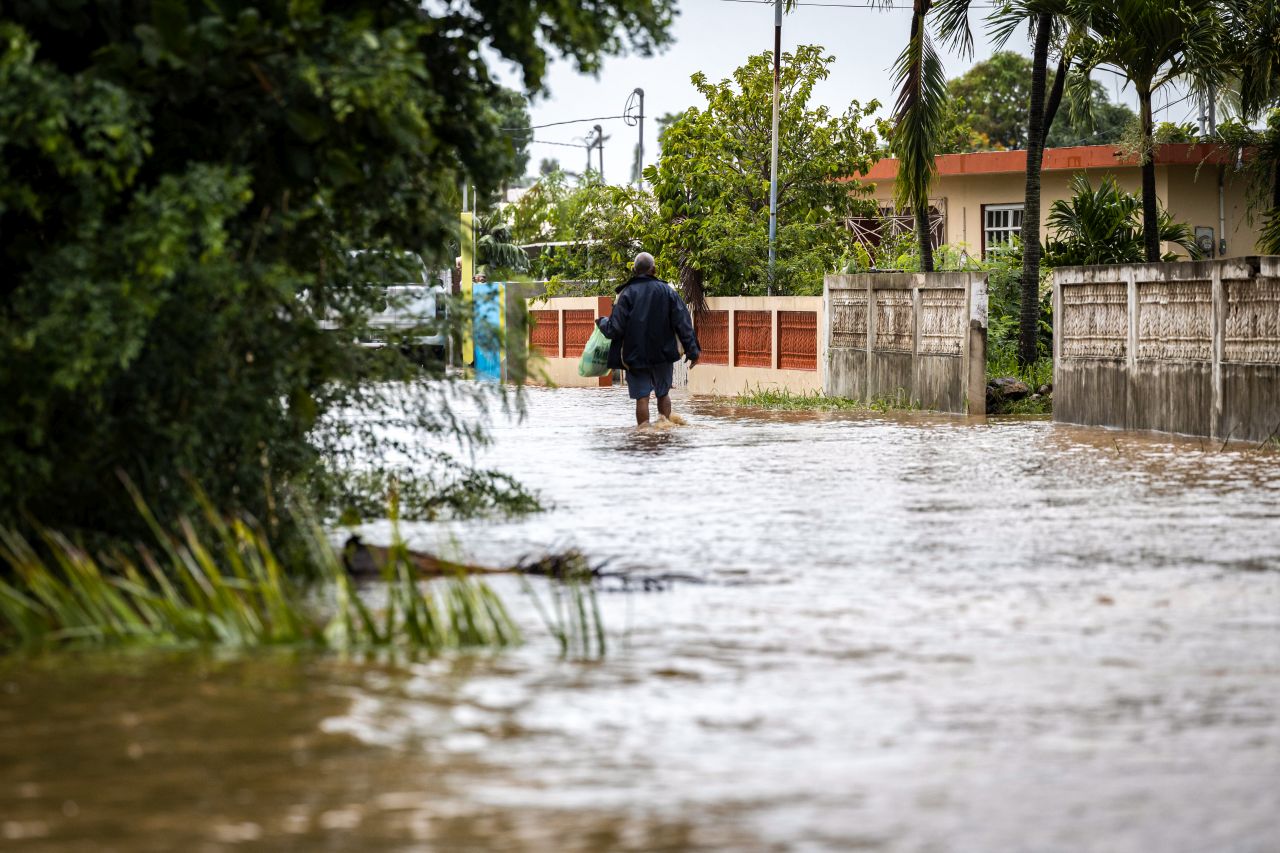 Hurricane Fiona, a Category 1 storm, reached Puerto Rico at 3:20 p.m. EDT on Sunday, September 18, bringing maximum sustained winds of 85 mph, according to the National Hurricane Center. The storm brought torrential rains causing catastrophic flooding, mudslides and widespread destruction. Many people still have no power and authorities said that some in the western part of the island may face up to a few months without power. Most of the island was under a boil water advisory and many people still do not have access to clean water, a major health risk. Emergency shelters remained open, but many more were in informal shelter situations with friends and family. Fiona struck Puerto Rico just two days before the date five years ago when Hurricane Maria devastated the island. The island still has not recovered from Maria with hundreds of homes still not repaired and the power grid in a fragile state.

Watch the video telling the story of the work in Puerto Rico after Maria and now with Fiona and our commitment to the people of the island. Click on the arrow.

Americares is offering assistance to health facilities in Puerto Rico and we are delivering medicine, relief supplies and provide emergency funding to help repair damaged health centers. The Americares team based in San Juan has contacted partner health facilities to assess the most immediate health needs, including the replacement of medication and medical supplies damaged due to the flooding and power outages.

While needs assessments continue, and in some places were on hold until all the flood waters receded and roads re-opened, we have heard from partners that there is and will continue to be urgent need for:

The response team in Puerto Rico is going into remote/underserved areas with partner to provide MHPSS support for Fiona survivors.

What Disaster Preparedness Can Do

Read the story about how solar power made the difference for Migrant Health Center...

What the People of Many Communities Face in the Aftermath

As one early part of the response, Americares staff has assembled dental hygiene kits. Americares donated 700 dental hygiene kits to COSSMA, one of the Federally Qualified Health Center (FQHC) partners of Americares in Puerto Rico, as part of the ongoing program commitment in the island. The health center will repurpose the donation and will use it to support Hurricane Fiona’s response efforts in the communities they serve. The kits will be distributed among the seven COSSMA centers –100 for each center– in the municipalities of Aibonito, Cidra, Juncos, Las Piedras, Naguabo, San Lorenzo, and Yabucoa, all covered under the federal Declaration of Major Disaster due to Hurricane Fiona. The kits will benefit bedridden patients, who are part of the Home Visits Program; the Ryan White Program for HIV patients; Community Outreach Program; and recipients of mental health services. September 26, 2022 (Photo/Americares)

While still leaving over 20 inches and more of rain in Puerto Rico, Fiona made landfall in the Dominican Republic, bringing heavy rains and damaging winds as it passed over the country and on to other island nations in its path as it strengthened. More than one million people were without running water in the Dominican Republic. Strengthening to a Category 4 storm as it continued its path through the Caribbean, Fiona brought heavy rains to the Turks and Caicos and then churned through the Atlantic making landfall again in Nova Scotia and other parts of Atlantic Canada, knocking out power and causing significant damage. The Emergency Response Team has also reached out to partners across the U.S. Virgin Islands and the Dominican Republic. Read more about our response.

Over the past five years, Americares has been deeply invested in building resilience within Puerto Rico’s health system. We remain steadfast in our commitment to the people of Puerto Rico and will continue working hard to ensure everyone has access to health and a pathway to recovery following Hurricane Fiona.

Americares responds to more than 30 natural disasters and humanitarian crises worldwide each year, establishes long-term recovery projects and brings preparedness programs to communities vulnerable to disasters. Americares relief workers are among the first to respond to emergencies, helping to restore health services for survivors.