“There is no food, no employment, there is a lot of crime, people are dying from starvation and multiple illnesses.” These are the words of 49-year-old Alcides, describing the situation in his home country, Venezuela.

Not long ago, I stood on a bridge that serves as a major crossing point between Venezuela and Colombia. The flow of people out of Venezuela — families rolling or carrying suitcases and a few personal possessions — was nonstop. The flow of people back into Venezuela was astonishing as well. Many were Venezuelans who sought goods and services in Colombia during the day and then headed back home. In recent years, an estimated 3 million Venezuelans have fled the economic and social collapse in their country.

One young woman I met has chosen to remain in a Venezuelan border town — for now. Pregnant and concerned about her health, she might be able to see a doctor in Venezuela, she told me, but would not find the medicines that would be prescribed for her. Instead, she crosses the border — about a 45-minute walk under the hot sun — to seek health services at one of four health clinics my organization has established in Colombia to serve Venezuelans who travel or have resettled there. 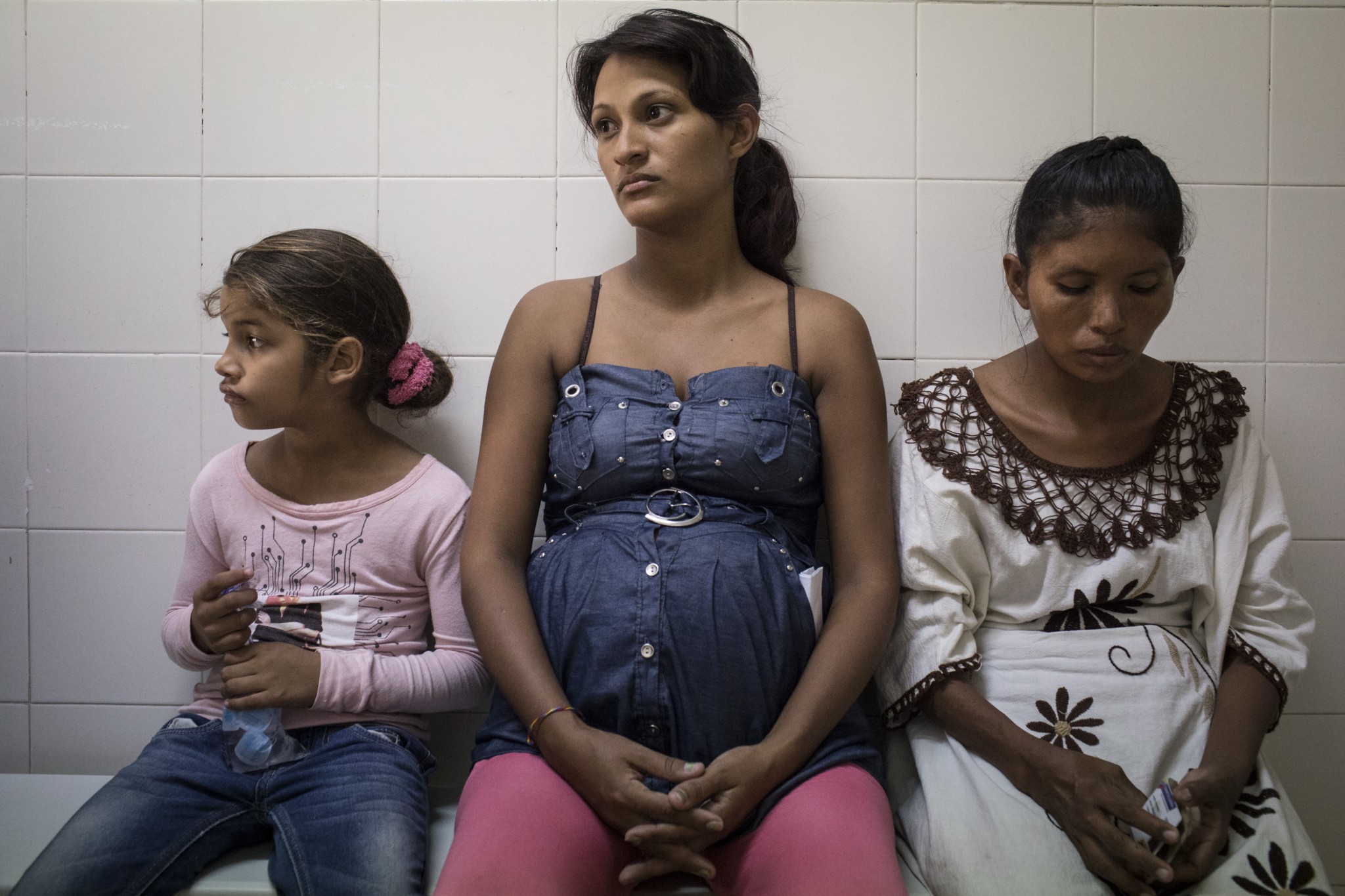 Americares clinics in Colombia provide free health care to Venezuelans who have fled their country. About one-fifth of the patients are seeking pre-natal care. Photo by Nicolo Filippo Rosso.

Alcides, also a patient at an Americares clinic, fled Venezuela for his life. “I have tuberculosis and I couldn’t receive the treatment I need because there is no medication,” he said. “I knew that if I did not receive medical attention, I would die.” Now, Alcides works in Colombia to send money to his 90-year-old mother in Venezuela.

Politics dominates the headlines from Venezuela: An opposition leader steps forward to claim the presidency; the long-time authoritarian leader on whose watch the country has devolved into chaos refuses to give up power; nations from around the world choose sides.

Meanwhile, the day-to-day reality for many Venezuelans is gravely serious — a matter of life and death. Research published recently in the medical journal The Lancet describes the health catastrophe in Venezuela as a deadly backward slide. Using birth records and data on reported deaths, researchers estimate that the health gains of the previous 20 years have been wiped out. One possible result is a steep rise in infant mortality. Outbreaks of preventable disease — measles, diphtheria and malaria — have also been reported. 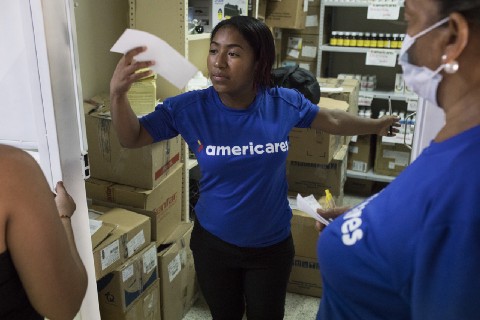 There’s a critical shortage of medicine in Venezuela. Americares clinics in Colombia provide medicine for Venezuelans at no cost. Colombians can also access the health services. Photo by Nicolo Filippo Rosso.

Serving the humanitarian needs in this context is not easy. Under its current government, Venezuela has not publicly recognized the crisis among its own people and, therefore, has not allowed international relief agencies in to serve them. In Colombia, a stockpile of medicine and supplies from the U.S. waits to cross the border. The current president won’t allow the supplies in, calling it a ploy from the opposition to stage a coup. Meanwhile, a relief concert planned in Colombia on February 22 has a fundraising goal of $100 million to support the response to the crisis.

For Venezuelans, there are no formal refugee camps. Those who have migrated have integrated as best they can into communities throughout Colombia, Brazil, Peru and elsewhere. Organizations like mine establish services in those communities.

Obviously, this isn’t a crisis in Venezuela alone. It is a regional one. Our clinics serve Venezuelans, yes, but just as importantly they relieve some of the burden placed on the already stretched Colombian health system to absorb this new population. We are filling an important gap in the health system. Likewise, other non-governmental agencies are adding services in housing, food, job training and more.

Until the situation in Venezuela improves, many families will not feel it is safe to go home. In the meantime, pregnant women will continue walking 45 minutes under blazing sun for pre-natal check-ups across the border. And families with young children will continue to move into communities where they can find medicine for a child with a fever. It’s a matter of survival.

This is Breaking My Heart