A Health Perspective from Liberia: Part 3 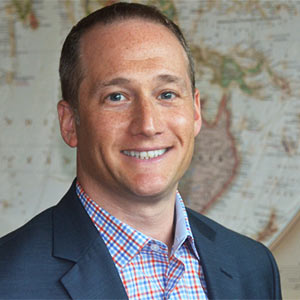 Another early morning had us on the road by 7:30 a.m., and it seemed like it was going to be another beautiful day — two in a row right in the middle of rainy season. Today, we started at Zondo Elementary School, which is a quick drive from the clinic. The school is painted like our clinic — blue and white . From the outside, it looks like a well-built structure, but when the acting principal, Bill, took us for a tour, we saw the unfortunate climate in which these children learn. Termites infest the school and have eaten through ceiling tiles and their tubes spread out like trees painted on the floor. One entire room is filled with broken school chairs and desks. 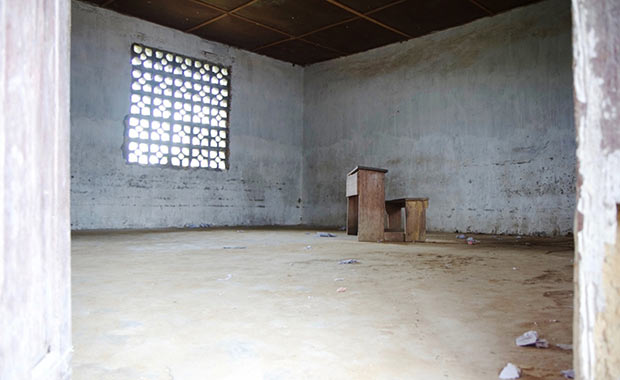 Hopes for the school are high in spite of the lack of resources.

Bill is a wonderful man. He lived in Monrovia for years before making the decision with his wife to return to Zondo to help his former community. Sadly, before they moved back, his wife passed away. Bill has big dreams for Zondo — he’d like to see a thriving elementary school, as well as, a high school and eventually a college, neither of which exist now. The elementary school has about 300 students with twice as many boys as girls. Bill tells us that this is largely due to teenage pregnancy and, to a lesser extent, social hierarchy. One of the topics Americares has discussed with community members and traditionally trained midwives is family planning, which helps educate girls about how to put off having children, to properly space out pregnancies and how to keep healthy during pregnancy. We expect our formal programming to make an impact on the drop-out rate when it is introduced in the coming year We also spoke with a former teacher who is now head of the PTA, as well as a former student, Martina, who dropped out to take care of her children after their father abandoned his responsibilities. Before Zondo Clinic opened, Martina experienced terrible loss: Her two best friends died — one during labor complications and the other three months into her pregnancy — due to excessive bleeding. Attempts were made to bring both to the hospital, but at two hours away, it was too far to reach in time. 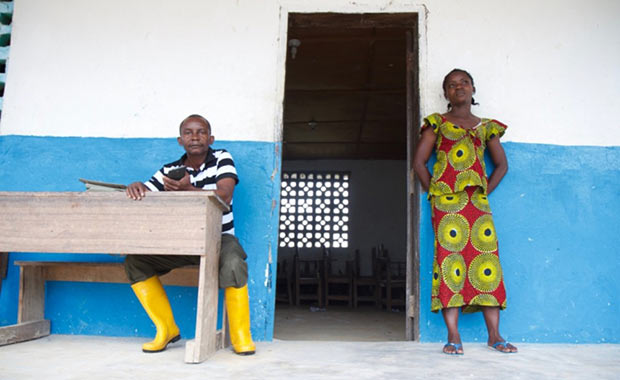 This was not an easy interview, but it did end on a hopeful note. Martina is grateful that she has four healthy children, all of whom have access to quality medicine and medical care at the clinic. One of the professionals providing such care is Martina’s own mother, who runs the medicine dispensary. Martina and her boyfriend work very hard to provide for their family. With the care she receives at the clinic, Martina plans to go back to school to finish her elementary education. She expressed incredible gratitude to Americares and our donors for making the clinic possible. 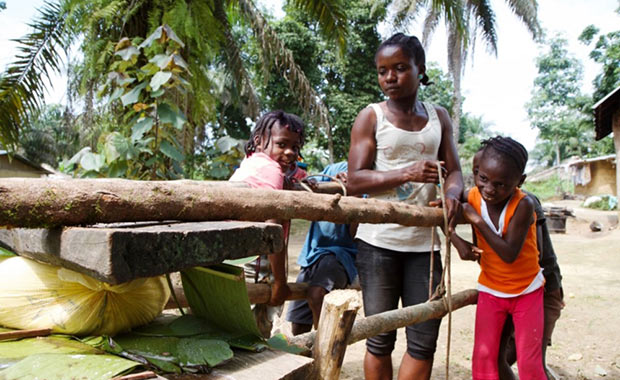 Martina and her children at work

After visiting the school, we spent the afternoon at the clinic. Later, we traveled the short distance to Martina’s home. It was great to see her in her home environment. She laughed and played with her kids and worked with her boyfriend to prepare cassava for sale at a nearby market. Today was our last day in the field, so we said our farewells to the clinic staff. They are an inspiring group, giving back to their community to make it thrive. They passionately advocate for and defend the dignity of their patients. It was an honor to spend just a brief period of time with them. 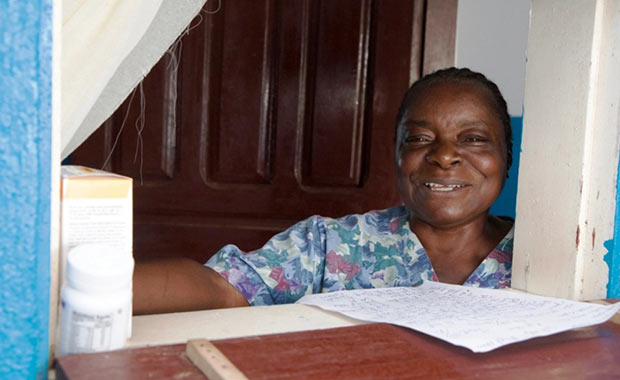 At work at the Clinic dispensary

Our last day in Liberia. We started the day at Liberian Government Hospital five minutes from our hotel in Buchanan. Hundreds of patients each day pass through its doors — often waiting in very crowded wards with sporadic electricity and historically inconsistent supplies. The hospital has one doctor. One. Onesimus, our colleague from Monrovia, joined us for our hospital visit. One of the core things we’ve been working on with the hospital is managing its supply chain to avoid stock outages of essential medicines. Onesimus is an expert in medical supply chain and logistics, especially in Liberia, and was instrumental in forming the government’s response plan to the Ebola crisis. Americares provides the hospital with a more consistent supply of critical medicines and medical supplies and expanded its maternity ward, increasing capacity and contributing to reduced infant mortality. The hospital’s pharmacy director, Mr. Clinton, gave us a tour of the facility. Afterwards, we had a great discussion about the challenges the hospital faces, including a shortage of trained medical professionals and consistent supplies of medicine, and ended our visit with a bird’s eye view of the hospital via our drone. 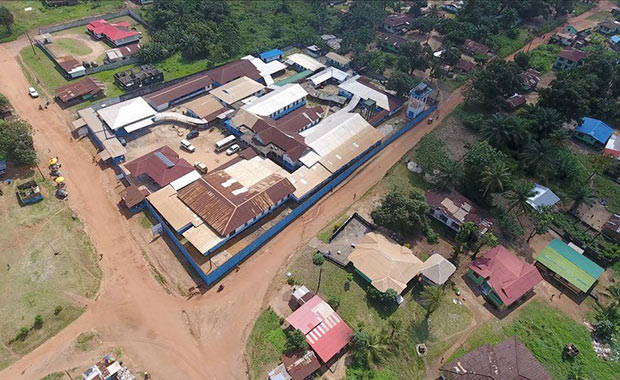 The drone view of the hospital

In the afternoon, we headed to the Americares Liberia office and warehouse in Monrovia, where all of the medicine and supplies we distribute throughout the country are received, stored and redistributed. We had lunch with Onesimus and Louis, who is the acting Americares Liberia country director. There, we discussed Americares work in detail, the impact we’re making in Liberia, the current climate in the country (elections are 62 days away according to the countdown clock we passed) and, of course, the country’s struggles and challenges. After lunch, we interviewed Onesimus in our warehouse about the supply chain work he is spearheading. 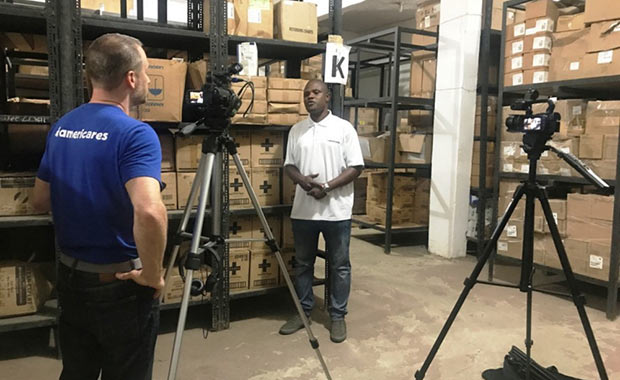 The supply chain is critical to hospital services

With 49 minutes to go in our 17 hours of flying, I’m reflecting on the impact this trip has had on me personally. As with my prior trips with Americares, my time in Liberia only strengthened my belief in our mission, the work we’re doing and our focus on supporting local health centers. The people of Liberia were warm and welcoming. While clearly still scarred and weary from a not too distant civil war and even more (in the opinion of everyone I asked) devastating battle against Ebola, they remain resolute and optimistic. They have hopes and ambitions for themselves, personally, but also for their country more broadly. They are also grateful to all those who donate their time and talents to support Liberia.

I can only hope and pray the stories we tell will bring more support to keep our work in Liberia going. The children wish us farewell

And if you missed it, read Part 1: a travel blog by Jed Selkowitz, SVP, Marketing and Communications as well as Part 2: A Health Perspective from Liberia

Saving Lives by Taking to the Airwaves…