Walking Down a Street in Ecuador, Seeing the Earthquake Devastation up Close 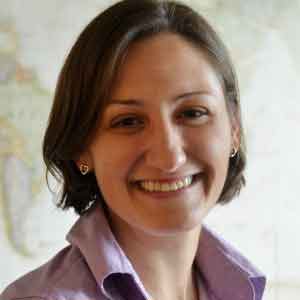 Kate Dischino oversees Americares preparedness, response and recovery programs in the U.S. and around the world.

Our Emergency Response Director shares her personal view from ground level in Ecuador in the first days after the worst earthquake in decades shattered the country.

As we walked the streets in downtown Puerto Viejo, we stepped around glass, bricks, concrete and other rubble that in some cases has been consolidated to one side of the street. Compiled trash is swarmed by flies. Other streets are cluttered or blocked with debris. The downtown quadrant is technically closed off to vehicle and foot traffic, however we negotiated entrance with help from our driver who is from the community. There is suspicion that a large portion of the downtown area will be considered structurally unsound and what was thought to be salvaged will be lost.

We visited with our driver’s friends and family. He pointed out the numerous locations where buildings collapsed, taking lives. The parents of one family went into town but agreed to leave their son, who wasn’t feeling well, at home to rest. Their home collapsed, and their son was killed. Another family was fortunate to be together, but their businesses had been severely damaged. The daughter is two months pregnant and anxious about being in the unhealthy environment.

Walking down the street, we can feel the debris particles in the air. Dust clouds appear periodically as fallen concrete or bricks are pushed from multi-floor buildings (now open faced) into trucks or onto the ground. Many are wearing masks to avoid breathing in particles. Others wear them to mitigate the smell of corpses yet to be pulled from debris.

We pass numerous long lines (~.2 miles) of men, woman and children, battling the heat, waiting to receive food rations. The fragile status of buildings and fear of continued aftershocks has prompted folks to move their saved possessions to a nearby park, and create makeshift sleeping quarters in the open air space. Mosquito nets hang from trees over mattresses on the ground. Others use the playground structure to protect themselves from the elements and enclose their belongings. A mobile clinic with one doctor was treating patients with wounds and other injuries and refilling prescriptions for those whose medication was lost in the earthquake. 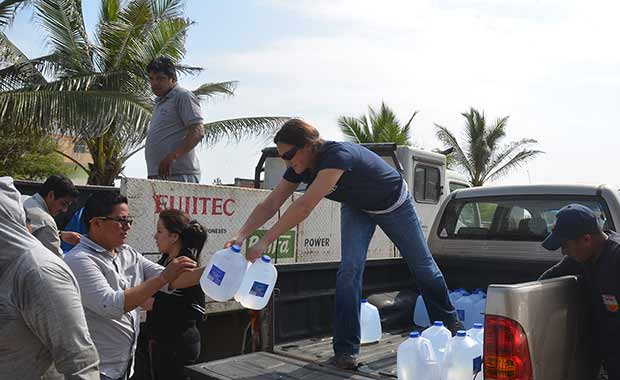 While we prepare an air shipment of medicines for our partner Junta de Beneficencia de Guayaquil (JBG), we assisted with their distribution of 250 family food ration packets, toilet tissue and water. JBG targeted a handful of smaller communities that had been overlooked by others providing aid. Cruzita, a coastal community fueled by fishing and tourism, was grateful to receive JBG’s assistance. The main fishing industry has halted. The two major processing plants are closed and do not anticipate reopening for at least one month. This means the local residents are unable to sell their products and generate the money needed to sustain themselves and their families. The once vibrant tourist community has vacant beaches, closed restaurants and bars, further complicating an already difficult economic situation for local families.

In the Midst of Destruction in Ecuador,…