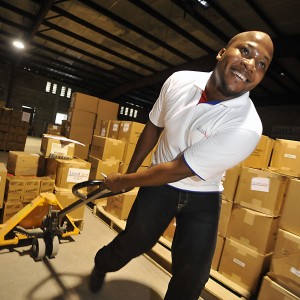 January 12, 2014 marked the fourth anniversary of a day that will forever be etched in the memory of Haitians — the devastating earthquake that claimed more than 230,000 lives and left more than 1.5 million people displaced in the capital city of Port-au-Prince.

During those dark early days, AmeriCares was on the ground in Haiti with lifesaving medicines, medical supplies, equipment and grants. Our team was there to provide medical aid during a deadly cholera epidemic that started October 2010, as well as subsequent hurricane emergencies.

Four years later, our team is still there, and the situation in Haiti has changed.  Today, more than 89 percent of displaced people have resettled in more permanent housing, while the largest cholera epidemic in the world has been reduced by 50 percent since the outbreak.

The work we have done has made a difference: improving access to health care, preventing and responding to cholera outbreaks, improving maternal and child health and preparing for future disasters. More than $76.3 million in aid has been provided — $72 million in the form of medicines, supplies and equipment to 155 hospitals and clinics; and $4.3 million in project grant support. Through our small country office of 17 employees, AmeriCares has delivered 1,701 aid shipments.

How has this crucial work helped the people of Haiti?  Here, our Haiti team reflects on the changes they see, four years later:

“AmeriCares is improving the lives of thousands of Haitians. Women and children, people suffering from cholera, people with disabilities, indigent people; together with our partners we are making a difference for vulnerable people day after day.” – Dr. Minaud Dacius, senior program manager

“A great number of people have seen their suffering relieved while their relatives become happier. Definitely, AmeriCares came as an emergency response but our fingerprints on the walls of some health facilities and our footprints behind the mountains will be visible after more than 30 years ahead.” – Dr. Ceremy Fertil, program manager

“With an active and devoted team, natural disaster and the cholera epidemic were faced and people were touched directly with dignity… Today, the health situation in Haiti is visibly enhanced.” – Marleine Jean, pharmacist and gift-in-kind program manager

“Construction and rehabilitation of health facilities bring more health services to many people who had walked several hours to reach health centers located in remote areas. Sanitation and hygiene interventions both in communities and in schools are proving essential to fighting cholera.” – Lydie Reyme, engineer and program manager

“Since the earthquake the presence of AmeriCares in Haiti not only helped strengthen the health system which helped save lives, but also contributed to an economic growth by creating job opportunities with the opening of our Haiti office.” – Claire Audrey, office manager

Despite the progress, critical needs and acute vulnerabilities continue to exist across Haiti requiring lifesaving medicines and interventions. For this reason, AmeriCares will continue in their efforts to support rebuilding stronger health systems and healthier communities.

A Brighter Day for a Hard-Hit…