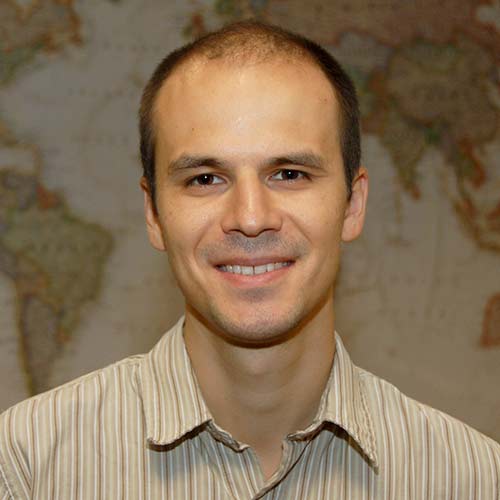 Recently, Dmitriy visited the Tashkent Regional Branch of the Republican Scientific Center for Emergency Medicine in Chirchik, Uzbekistan. Chirchik is about 20 miles north of the capital city of Tashkent.

The hospital here is typical for Uzbekistan — patients receive care and basic medicines for free, but must pay for any sophisticated medicines, which are in short supply and can be expensive.

AmeriCares has been donating medicines to Uzbekistan since 1997. On my last visit, I met a patient who was memorable for his gratitude: This gentleman had been in his orchard picking cherries for his grandchildren when the bench he was standing on gave way. His daughter called an ambulance; he was rushed to the hospital and had surgery for internal injuries. Luckily for him and other surgery patients that day, the hospital had received a shipment of IV fluids from AmeriCares. These fluids are crucial during and after surgery. His daughter, a nurse, was relieved the needed medicines were available and at no cost.

With a proper fluid balance, this Chirchik grandfather will likely recover faster. Last year, AmeriCares sent nearly 3 million units of medical supplies to Uzbekistan, including this IV solution. Meeting this patient and his daughter, I am reminded how important each donation can be.