Diving Back Into the Storm: From Victim to Volunteer 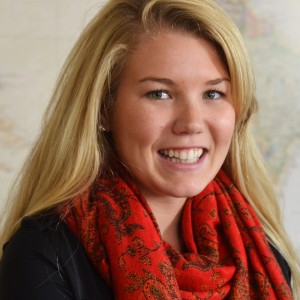 Before Hurricane Sandy struck, I went to my house one last time to check that I hadn’t left anything behind.  Suddenly my friend Sarah yelled, “We need to go!” As the tide surged up my street, we had little time to get out before the flood would strand us. I looked at my newly renovated home once more, not realizing that it would be the last moment I saw it in a livable state. 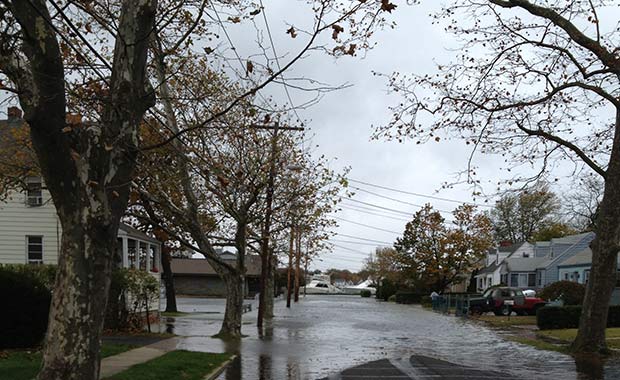 The superstorm hit my seaside town of Norwalk, Conn., submerging my neighborhood, knocking down trees, tossing boats into streets, and devastating lives.  My house was flooded with three feet of water that coated the floor and walls with contaminated mud and debris. When I returned home the next morning, the sidewalks were already piled with sodden and soiled possessions.  It was shocking to see my neighbors lives reduced to piles of wet, dirty trash. Structurally, my home was fine. But inside, there was extensive water damage. Every appliance was ruined and the plaster walls had acted like sponges, soaking up the storm surge.

The worst part was how I felt.  I was overwhelmed by the mess.  I had no idea where to even start.  I had just moved in three months earlier; now I had to start over again. Thankfully, my Dad flew in from Montana to help. Meanwhile, I was going to my job at AmeriCares every day, where most of our staff were working nonstop on Hurricane Sandy relief.

The call went out to all staff for volunteers to take part in a sleeping bag distribution in Staten Island. I happily signed up because I knew how much I valued the support I had received from friends, family and strangers.  One of the most rewarding aspects of the distribution was hearing people’s stories.  So many of the people we met had been in their homes for weeks with no heat.  They really just wanted to tell their stories.  The sense of community I witnessed was incredible and heartwarming.  The families that had generators and heat politely declined the sleeping bags but made sure to tell us about their neighbors down the street who had kids or were elderly and needed the sleeping bags.  Despite the terrible devastation, these survivors  were incredibly friendly, thankful and grateful for the help we were providing. 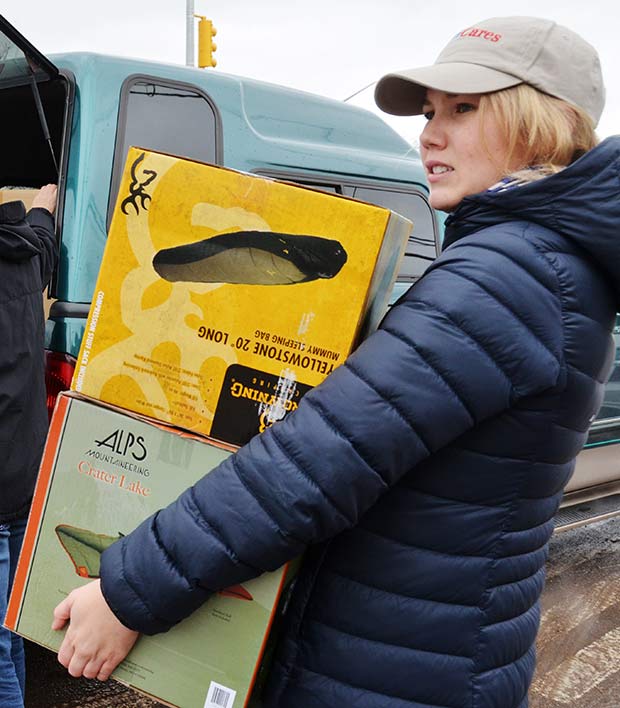 After the distribution, I was assigned to work on the Hurricane Sandy response team.  This meant that until further notice, I put my normal job aside, moved into the “war room” and helped manage the shipments of needed medicines and supplies to our response partners.  Around that time it became apparent that the damage to my house was more extensive than we thought: it was going to be under construction for another two months.  I made the tough decision to find another place to live.  I moved out of my house a week later and left  the chaos and destruction behind – and I realized how lucky I was to have that option – to move out and move on with my life.

On October 8, 2013, as the one-year anniversary of Sandy drew near, everything came full circle for me: Last year my house was damaged by water, and this year I jumped into a pool of water in the middle of New York City to help others still suffering. I was given the amazing opportunity to swim on the AmeriCares team alongside endurance swimmer Diana Nyad as she embarked on a 48-hour swim for AmeriCares Hurricane Sandy relief.

Before we began our swim, Diana gave me a hug and thanked me for the work I had done.  I replied “Thank YOU for helping us and reminding people that the need is still so great.”  Diana was an inspiration to everyone.  I won’t lie — keeping up with her for just 15 minutes was hard; but I overcame the difficulties and pulled through.

Swim for Relief was not only a reminder to everyone that unmet needs still exist, but a reminder to me of what I have overcome in the past year and how thankful I am to have my life back to what it was before the storm.  As a survivor of Hurricane Sandy I am so incredibly happy and grateful that I was given this opportunity to help AmeriCares raise more funds for those who are still hurting in the aftermath.  This storm changed my life more than I ever imagined and I couldn’t be happier that I work for an organization that provides so much needed assistance to people just like me.

Estelita: A remarkable woman after the…