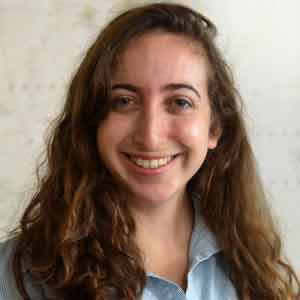 When Sandy hit the Rockaways, sea water converged from both sides of the peninsula, surging into basements and living rooms in this beachside community. Nearly two weeks later, signs of distress still litter the streets: Fallen trees. Smashed cars. An ocean pier obstructing a sidewalk. Residents without power wondering when it will ever return. Many are living with friends and family – others remain in their barely habitable residences.

On November 11, I joined volunteers from the World Cares Center, AmeriCares, Turner Construction, the Rockaway Beach Surf Club, the Brooklyn Brewery, and From Brooklyn with Love  on “Operation Muck Out,” a mission to help clean the dangerous mold, mud, and debris out of flood-damaged homes. At 9 a.m. we gathered in the Rockaways in the parking lot of a boarded-up McDonald’s to prepare for the volunteer effort.

Lisa from World Cares Center organized volunteers into separate teams. She anticipated the efforts as far-reaching and taking months to complete. She also estimated that the clean-up efforts would help over a thousand people in need.

“It was one step in the slow journey towards normalcy.” 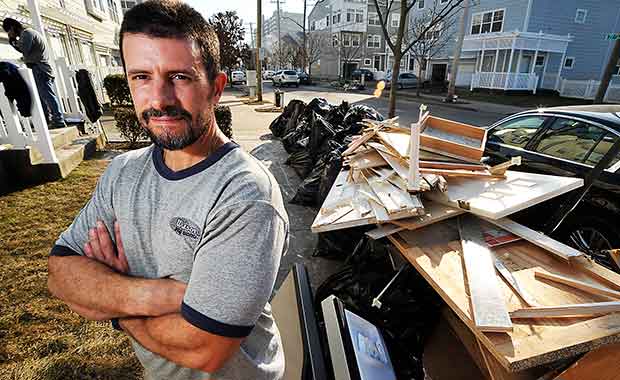 Once our team gathered and buckets of supplies were assembled, we went to assist Nick, a 48-year-old homeowner who had evacuated during the storm. Now, he’s living with family in Queens indefinitely. The walls of his home were wet and the lights were off. The whole first floor had been flooded.

Nick, who had lived in Far Rockaway for six years, was shocked at what he found after the storm.  “The water tossed all the furniture in different directions. Everything was flooded and soaked,” he said. “It was really hard to believe.”

We got to work, chipping and spraying and stuffing. Jonathan, our team leader, dismantled the kitchen and carried each dripping wet appliance to the curb. Volunteer foremen from Turner Construction used their expertise to help break down the most dangerous parts of the molding, sheetrock, insulation and tile from the lower level. Two women involved in Far Rockaway’s thriving surf community also assisted. Nick and his father Gus also helped clear out the house.  The pile of garbage bags and appliances mounted on the curb.

When we finished clearing Nick’s house of flood-wrecked belongings, I caught a bus to the A train: The tracks at the original end of the line had been washed away by Sandy and service was still disrupted. For Nick and the rest of the Rockaway residents whose homes were cleared during “Operation Muck Out,” it was one step in the slow journey towards normalcy.

From Manhattan to Rockaway: A Journey…