“In addition to radiation fears, livelihoods are a prime concern.” 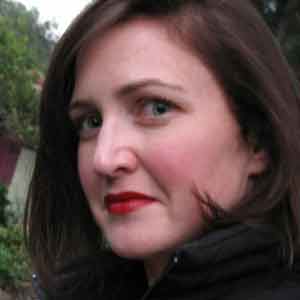 In January, 2012, Ramona Bajema and Kyoko Sakurai traveled to the coastline of Miyagi and Fukushima Prefectures – Yamamoto-cho, Shinchi-machi, Minami Sôma, and Sôma for a distribution with AmeriCares partner, Institute for Cultural Affairs (ICA). While the communities receive less attention from health department regulators, radiation contamination brings a measure of fear and uncertainty for residents. Below are Ramona’s impressions from the first day of the distribution.

Working with Mr. Tomita and Mr. Yajima of ICA, we delivered some relief items to a central location in Yamamoto-cho, Miyagi,and traveled into the disaster zone to drop off masks and daily necessities to residents.

There we met Mr. and Mrs Tsubasawa, whose home was flooded but not completely destroyed.  When the tsunami struck, Mrs. Tsubasawa escaped to the second floor and waited alone in the cold darkness. When her husband returned from helping their neighbors, soaked to the bone, they watched the submerged cars outside, their lights blinking on and off eerily through the night.

The Tsubasawas and their neighbors, Mr. and Mrs. Hayashi, are doing everything they can to clean the mud and salvage their homes, while helping other neighbors do the same.  They work all day, breathing in particles contaminated with mold and chemicals. With limited finances, they were relieved to receive the masks and daily necessities like toilet paper, soap, and personal items.

“In one of the most spectacular fishing harbors in Japan, row after row of docked ships wait…abandoned.”

Afterward, Mr. Yajima took us to Minami Sôma, Sôma, and the coastline of Shinchi-machi — the closest we had come to the 20 kilometer no-entry zone around the Fukushima nuclear power plant.

In addition to radiation fears, livelihoods are a prime concern.  Residents face a bleak future; most make their living in fishing or agriculture and there is no market for products from the contaminated area.  In one of the most spectacular harbors in Japan, row after row of docked ships wait…abandoned.  One harbor restaurant received government funds to rebuild, but chose not to: there were no tourists and no fish.

What do you tell people who think they have no hope? In Miyagi and Iwate, people have hope. In ten years, they will be well on their way to recovery. But — what about Fukushima?

Some local residents want there to believe in a future for Fukushima. They do not think of their industries — once the source of some of the most prized fish and rice in Japan – as being “over.”

We met a couple who had a yuzu tree in their garden. No one had picked any yuzu for quite some time. “You can’t,” they said. “The radiation levels are too high.” I thought of my orange tree in California and wondered how it would feel to see it every day, unable to pick its fruit.

When we imagine Fukushima, we think of the radiation problem. However, it is important to remember that these towns were wiped out by the tsunami. The spacious land that featured beach resorts, homes, seafood restaurants, and fish markets is now barren; these once thriving towns look like deserts. 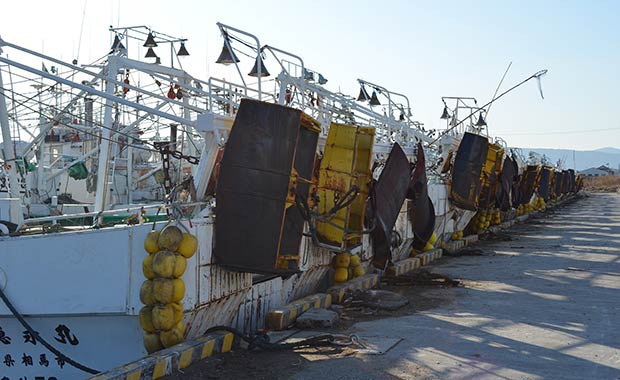 Mr. Yajima took us to the shoreline of Shinchi-machi, pointing to a few dead pine trees: the remnants of a long line of trees – hundreds of years old – that protected the rice fields from the ocean. One of his goals is to replant that forest.

After leaving the site, we went to the Shinchi-machi city hall, where I met the head of the board of education, a former science teacher and Fukushima native. Both he and Mr. Yajima encouraged me to go to the local schools to play with the children there. “That,” they said, “is one of the best forms of support that you can give.” I promised to do so.

“Now, they want to talk about that day, and relive the experience with you.”

Mr. Yajima then took me onto the Shinchi-machi city hall roof and showed me where he saw his town destroyed. He pointed to all the places where he saw people die. This has become a ritual of sorts with local residents.  When we arrived in June, few people wanted to talk about that day; now, they want to talk about it and relive their experience with you.

We met a work crew – out of work fishermen in their 70s and 80s – digging gutters all day in the freezing cold.. They were stronger than I could dream of being at that age. They laughed and joked, delighted to be doing something.  Some of them wore masks, but others didn’t. We promised to return the next day with masks for them to wear while they worked the contaminated debris.

“All had lost their homes — and all…