From Manhattan to Rockaway: A Journey of Hope

AmeriCares deployed teams of Hurricane Sandy relief workers throughout the tri-state area to assess needs and deliver medical aid, water, relief supplies, blankets, flashlights, sleeping bags and other aid to help families in hard-hit communities. Below, Naomi Andebhran recounts an emergency water delivery that took her team from Manhattan to Rockaway, Queens — where drinking water was desperately needed and in short supply.

In the aftermath of Hurricane Sandy, the Henry Street Settlement, located on the lower east side of Manhattan was left completely without power and water. Our Emergency Response team had coordinated a shipment of water from Nestle Waters North America to deliver to the Boys and Girls Club of Henry Street, who would work with the community to bring water to people in need. When the 53-foot truck containing 30,000 bottles of water arrived, an army of Henry Street Settlement volunteers quickly unloaded half of the water — 15,000 bottles was enough to meet their needs.

Next, we traveled to Brooklyn to meet with our partner, World Cares Center. They had a need for 2,300 bottles of water.  They unloaded the water from the truck, and we headed to Far Rockaway with the remaining 12,700 bottles of water.  As we drove, we witnessed unbelievable devastation.

When we arrived at the Red Cross operation in the Rockaways, they were in desperate need. Water was in very short supply for families displaced by the storm. The facility had no fork lift, so five of us worked for two hours unloading 12,700 bottles of water. The delivery was a success — the water was going to help people who needed it most. 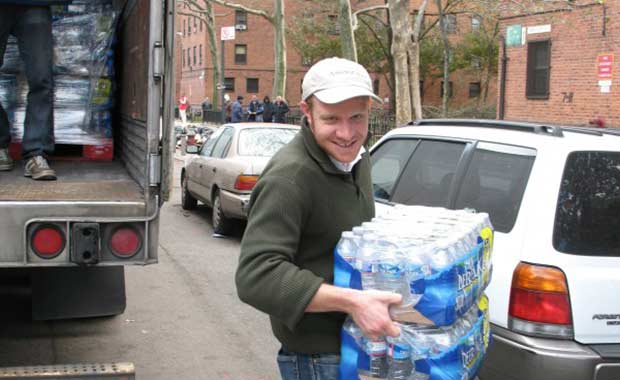 During this journey, there were some people in particular that struck me – displaying such commitment and good will. Without them, this distribution would not have been possible:

I will always remember the warmth and determination of the people we met throughout this day. 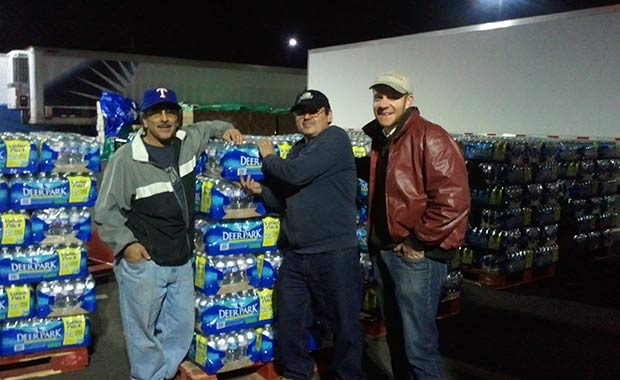